VIDEO: Woman turns up at house claiming Asafa is her missing lover 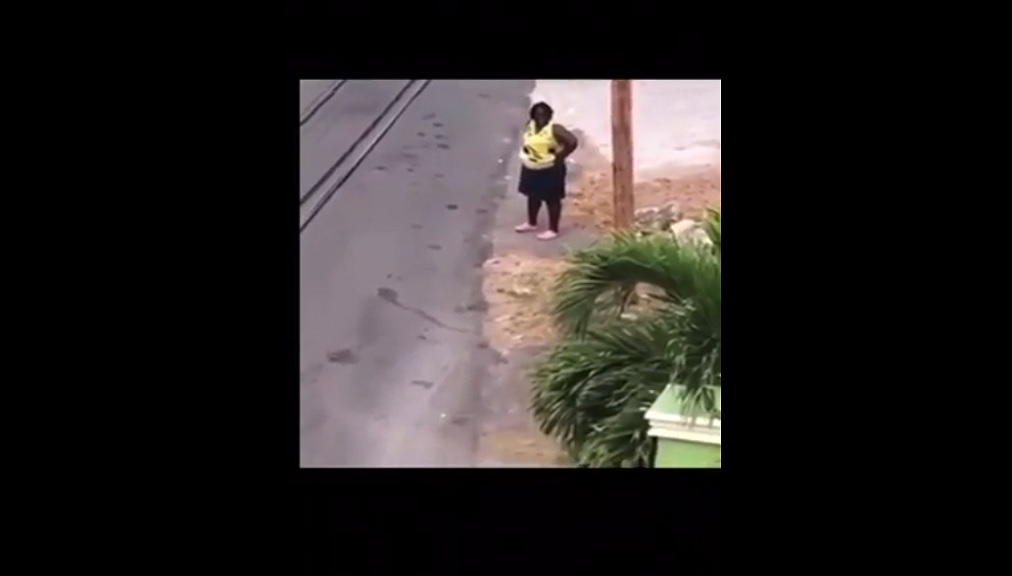 A video clip showing an ample-bosomed, middle-aged woman standing outside a house belonging to Olympian Asafa Powell, and making loud claims to be the rightful wife of the sprint king, has been making rounds on social media.

The clip appears to have been recorded from the second-floor residence of Powell's home by his wife Canadian model Alyshia.

"Where is this ...woman from? Where is her family?" Alyshia is heard saying.

The woman immediately responded with an outburst.

"You are not married to him. You're disgusting," she said.

"Make sure oonu move me back into my house, oonu disgusting, the police are after you, you don't see them?" the woman raved.

Then later, the woman attempts to entice the sub-ten boss out of his house by twerking provocatively for him, a development which is met with titters of amusement from Mrs  Powell herself.

Powell is the former 100-metre record holder and reigning sub-10 second kingpin. Powell held the 100-metre world record between June 2005 and May 2008, with times of 9.77 and 9.74 seconds. He consistently broke the 10-second barrier in competition, with his personal best of 9.72 seconds ranking fourth on the all-time list of male 100-metre athletes.

Grange: Asafa’s statue to be unveiled on Sunday