WATCH: Windscreen wiper among two shot and injured in Dunrobin 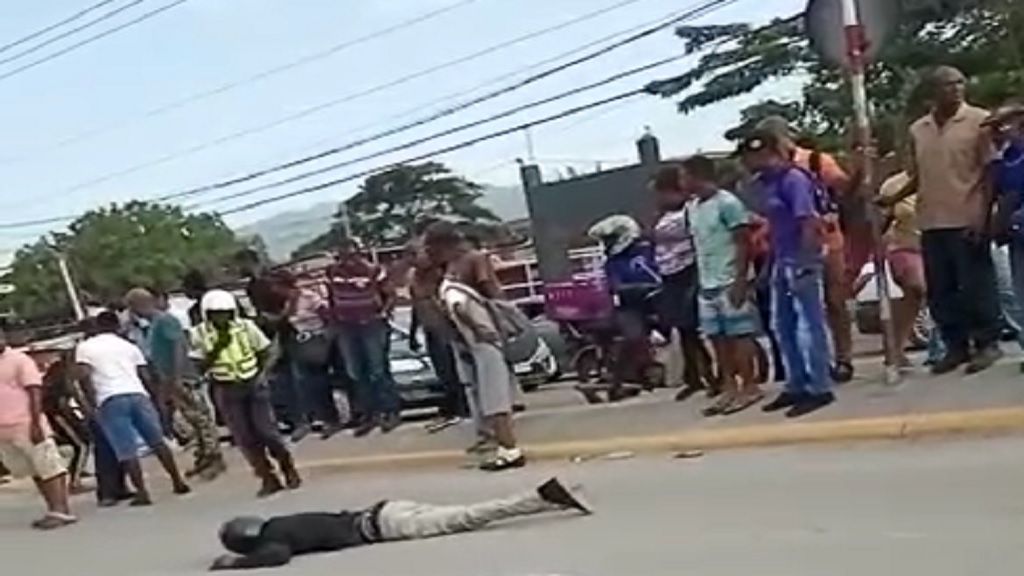 An injured man lies on the asphalt along Dunrobin Avenue after being shot Thursday.

Two men were injured in a dramatic shooting incident along Dunrobin Avenue in St Andrew on Thursday morning.

Details are unclear, but reports are that about 5:30 am, a male windscreen wiper was along the roadway when he was attacked and fired upon by a lone gunman. It is further reported that a licensed firearm holder, who was travelling in a car in close proximity to the incident, intervened and shot the gunman.

The police were alerted and both injured men - the windscreen wiper and the gunman - were taken to hospital for treatment.

One 38 Smith and Wesson revolver along with five cartridges was subsequently handed over to the police.

In a video showing the aftermath of the shooting, a man wearing a helmet is seen lying on the asphalt in apparent pain while a police officer and civilians gather around him.

Detectives assigned to the Constant Spring Police are probing the incident. The licensed firearm holder is reportedly cooperating with investigators