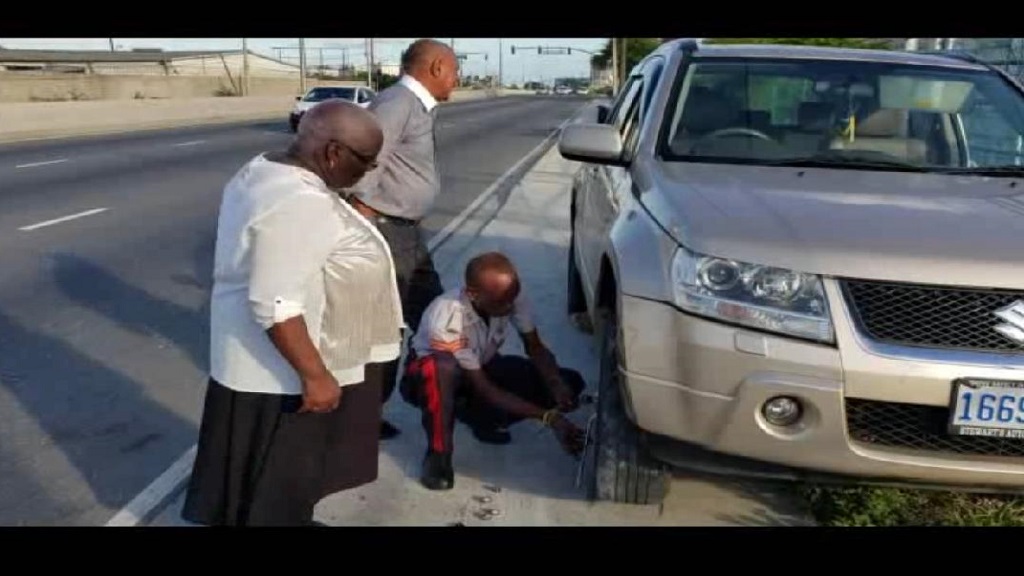 A corporal from Kingston Western Police Division on Sunday gave renewed meaning to the concept of giving service above self, when he took time out of his busy crime-fighting schedule to extend a critical helping hand to two senior citizens who found themselves in distress on one of the island’s major thoroughfares.

The senior citizens, who appeared to be husband and wife, were heading from a funeral service in St Thomas, but were forced to stop on the busy Marcus Garvey Drive in Kingston after realising that the two front tyres of the vehicle they were traveling in had gone flat.

The police constable, identified as Kenneth Dunn, was heading on an assignment and saw the two seniors in distress, and stopped to extend a helping hand.

Sources said the policeman changed both tyres on the vehicle and then went even further.

He replaced one of the flat tyres with the spare in the vehicle, then took the other flat tyre to be repaired, and returned the item to the seniors, who were more than grateful for the assistance that had been rendered.

See part of the heartwarming encounter in the video below.

VIDEO: Onlookers rush to the rescue of crashed biker in St Andrew