WATCH: Waves of garbage wash up in Kingston Harbour 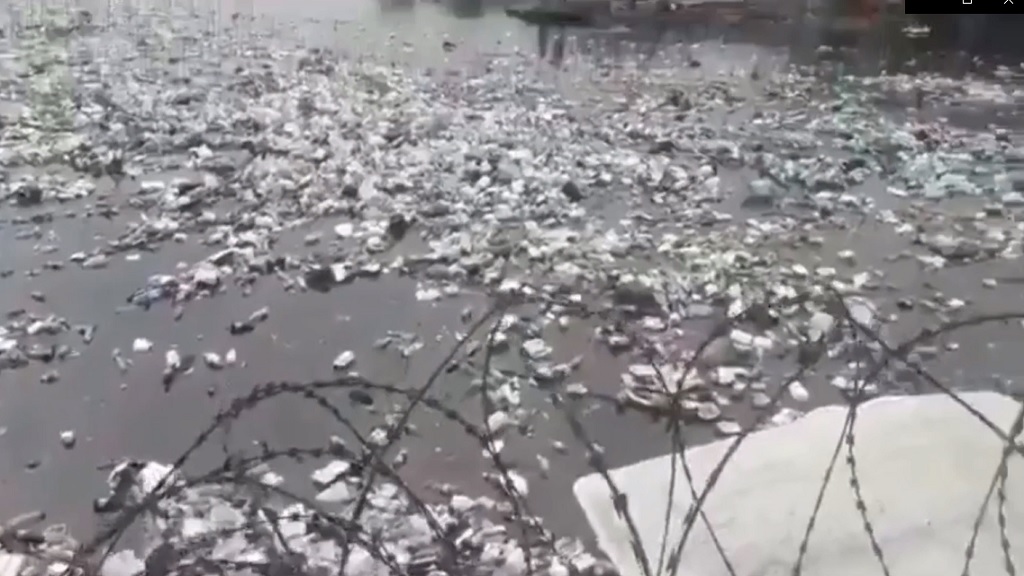 Screenshot of video purportedly showing garbage washing up into the Kingston Harbour.

An amateur video purportedly showing large piles of garbage being washed up in the Kingston Harbour has triggered shock and outrage among Jamaicans.

The video was reportedly shot on Tuesday in the vicinity of Greenwich Town. It reportedly shows plastic bottles and other debris being washed up into the water following rains in Kingston.

"This yah gully buss wicked... rubbish!" a man can be heard saying in the one-minute recording.

"This nuh real? This real," added another male.

Government Senator Matthew Samuda, who piloted the motion for the ban on plastic and Styrofoam products, shared the video and led the chorus of condemnation against the pollution on social media.

"This is indeed truly heartbreaking to watch. What’s sad is that we are forced to watch this in slow motion every time someone throws garbage out of the window of a car, or walks past a gully and throws garbage in it," Samuda tweeted.

"We have a crisis. We need all hands on deck."

Another social media user, in reply to Samuda's tweet, said: "Wow! I angry and I’m sad! We really don’t understand the connections with how we dispose of our garbage so we? Then we walk around and proudly declare we are a beautiful island - with all this garbage choking us."

Wisynco boss William Mahfood was among those who partly blamed the authorities for the development.

"There is a solution, clean the gullies," Mahfood tweeted in reply to Samuda, adding "... collect the garbage from the inner city communities then it won’t end up in the gullies."

Earlier this year, the Mona GeoInformatics Institute (MGI) said it was conducting hydrodynamic modelling of solid waste in the Kingston Harbour to gauge the impact of the distribution and spread of garbage flowing into the major water body from multiple land-based sources.

MGI Director, Dr Parris Lyew-Ayee said garbage from as far away as Manor Park and Meadowbrook end up in the Harbour.

MGI said the problem directly impacts public health as well as the prospects of economic growth and investments, noting that ships entering the Kingston Harbour run the risk of having their propellers and hulls damaged by debris, leading to costly repairs and downtime.