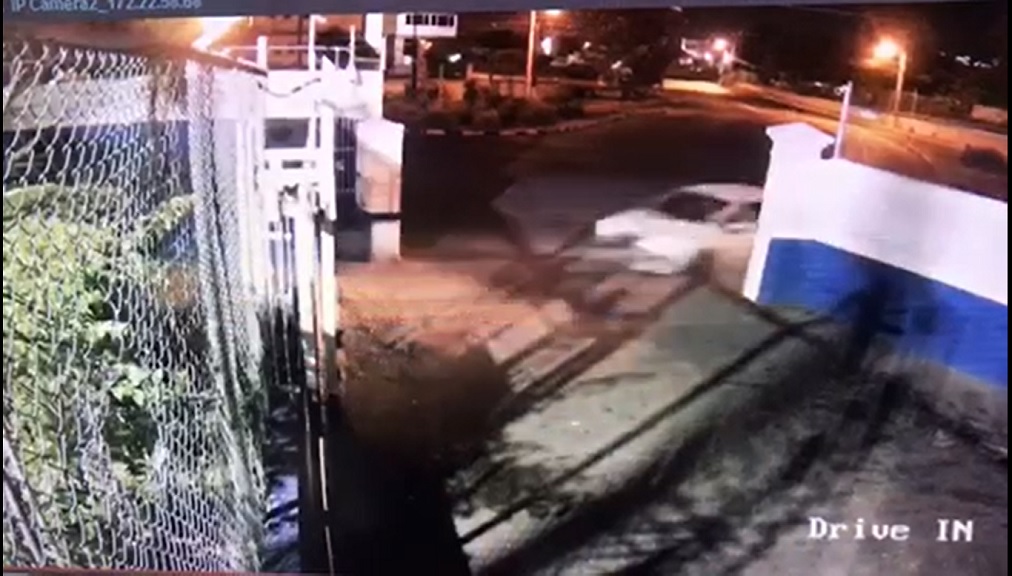 Police have launched an investigation into an incident where a motor vehicle carrying foreign nationals ran off the road and slammed into sections of a security company in Kingston on Friday.

Details into the development are still sketchy but reports are that the foreign nationals were later accosted after they were seen leaving the location where the crash took place. It is not known if they were injured during the incident.

A video of the crash was seen on social media.

Police, when contacted, confirmed that they received reports of an incident where a vehicle ran off the road and onto premises of King Alarm but did not provide further details.

Sources have disclosed that at least one of the occupants in the vehicle is believed to be a foreign diplomat.

Reports are that the impact of the crash broke down the steel gate that is at the entrance to the security company.

John Azar, King Alarm managing director, when contacted confirmed that the gate and other sections of the security facility were damaged.

Azar said the incident has left his staff members in shock.

He said that he was, however, thankful that none of his employees was injured even though a number of them were on the company premises at the time of the crash.

Azar said if the gate of the premises was opened at the time of the incident the situation would have been much worse.