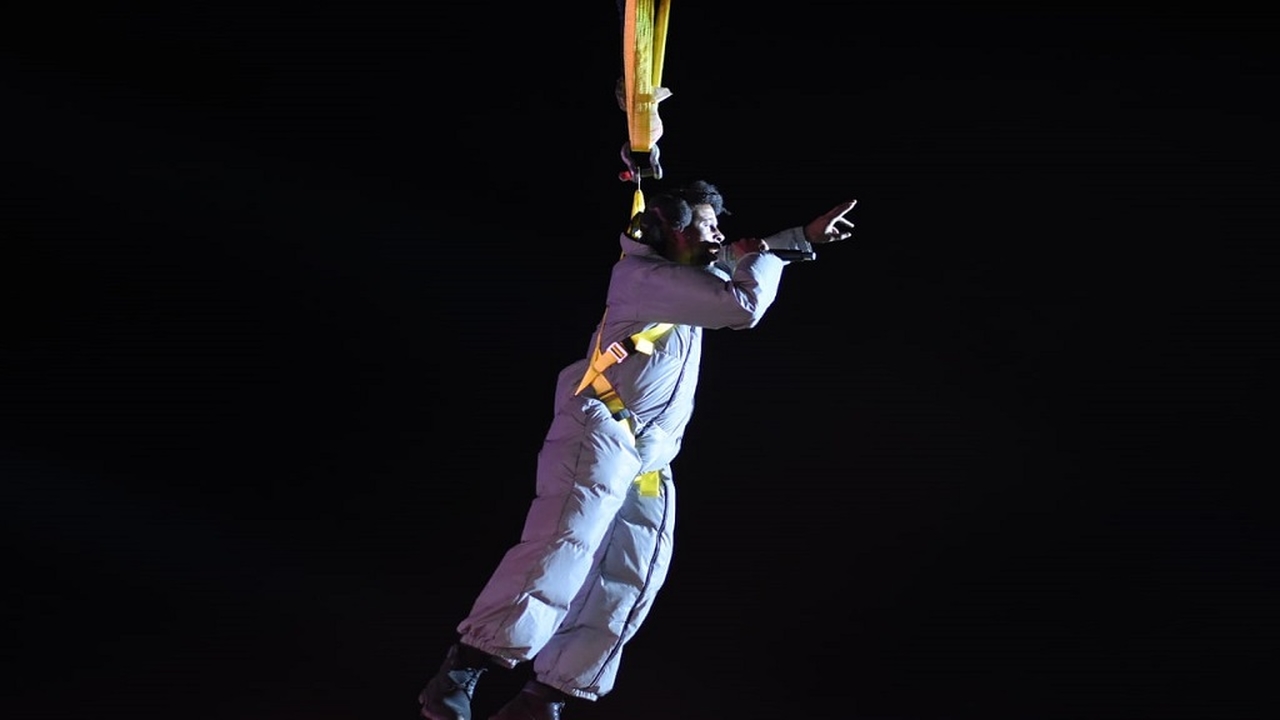 Popcaan being lowered onto the stage at his Unruly Fest over the weekend. (Photos: Marlon Reid)

Popcaan’s meteoric fall from the sky in the first of two entries onto the stage highlighted another successful staging of the Unruly Fest in St Thomas on Saturday night.

With the venue pitch black on the request that the lights be turned off, the use for the crane that was nestled to one corner of the stage became evident, as loud cheers greeted the glimmer of light that emitted from the stage into the sky.

The thousands crammed into the venue had spotted the 'Unruly boss' dangling from the tip of the crane’s lifting hook.  Dressed in what seemed like a cream ski suit, Popcaan started ‘Dream’ which signalled another round of loud cheers as he was gently lowered onto the stage.

For approximately 30 minutes, he held the audience captive with a string of hits including ‘Unruly Prayer’, ‘Dem Heart Dirty’, ‘Stray Dog’, ‘Get Gyal Easy’, ‘Party Shot’, ‘When Mi Party’, ‘We Still A Win’, ‘Never Sober’, ‘Lef My Gun’, ‘Addicted’, ‘My Type’, ‘Only Man She Want’, ‘Only Man She Want’, ‘Ova Dweet’ and the collaboration with Vybz Kartel ‘Never Fear Dem’.

Popcaan’s performance was among a number of highlights for the show which, in spite of chaotic traffic flow to get to and from the venue and stage management issues, was an overall success.

Veteran crooner, Sanchez, also had a solid 45-minute set that had many of the ‘older generation’ singing along as he did songs that included some from his own written catalogue as well as his cover versions of rhythm and blues ballads. He also paid tribute to a number of deceased reggae icons.

Performances by Frisco Kid, Richie Spice, Capleton, Bounty Killer, Protoje and Stylo G were also among the highlights. See more photos from Marlon Reid in the slider below.