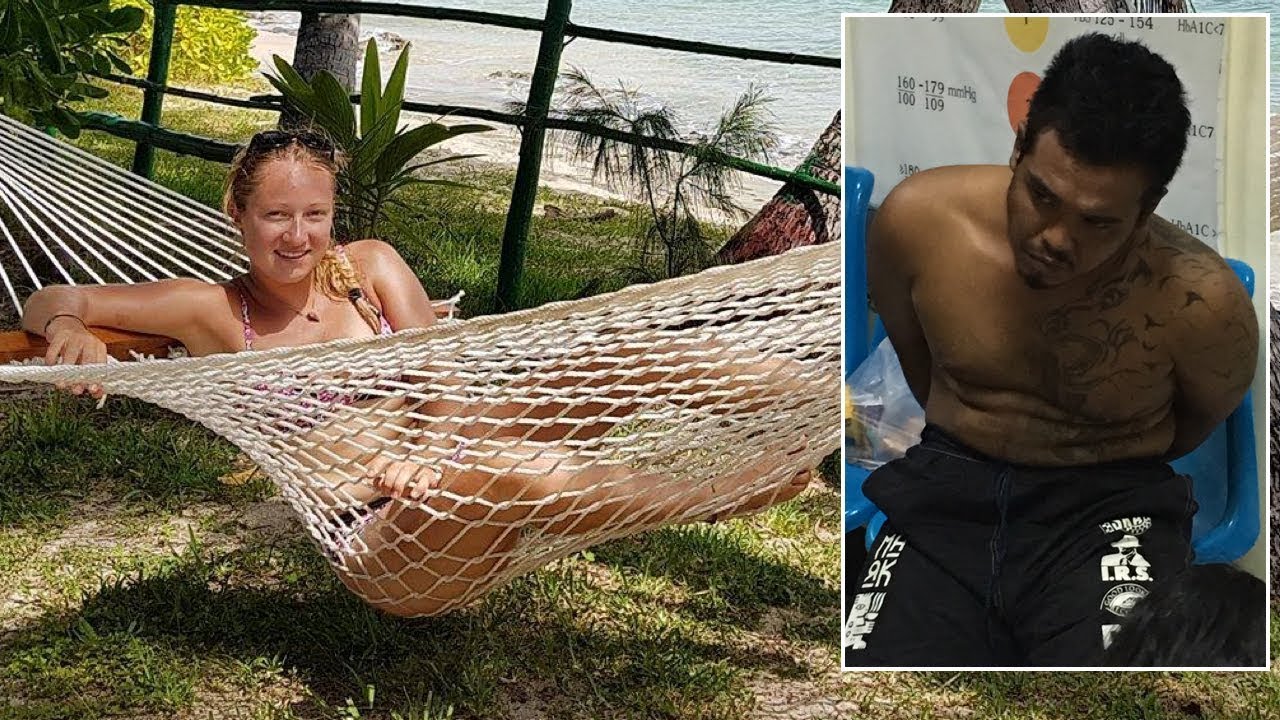 A young backpacker was found dead after being brutally raped and murdered on a Thai island.

Miriam Beelte, 26, from Hildesheim, Germany, was discovered dumped behind rocks with severe head wounds on idyllic Koh Si Chang off the east coast of Thailand.

The tourist had been repeatedly smashed in the face with a rock and had her leg broken.

Police said her skirt had been torn and there was blood coming was from her groin indicating she had been raped.

A resident noticed the body partially covered by leaves at around 6 pm while they were walking through the area. They called the police who stopped anyone from leaving the island.

Local man Ronnakorn Romruen, 24, was arrested shortly after and confessed to raping the holidaymaker while high on methamphetamine then murdering her to stop her from reporting the attack to police.

He admitted then trying to conceal the body by throwing it behind rocks and covering it with dried leaves.

Footage from the early hours of the morning today shows him being taken back to his house in handcuffs to point out the clothes he had been wearing when he murdered and raped the young woman.

He was then put on a speedboat and taken the mainland in Chonburi province where he will be charged with premeditated murder, rape and concealing a body.

Police Colonel Angkul Sarakul said: ''The suspect was brought to the station in the early hours of the morning. Based on his confessions, he will be charged with premeditated murder, rape and concealing a body. The body of the victim will be sent to the forensic hospital.''