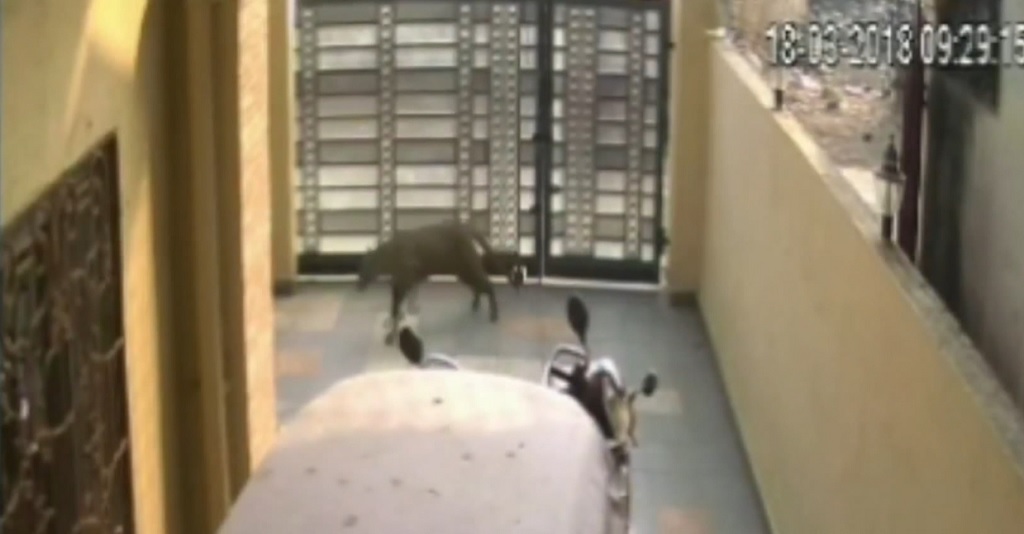 A leopard triggered panic earlier this month when it strayed into a residential area in Ulhasnagar, India

A security guard spotted the animal on the morning of March 18 and raised the alarm.

The scared residents of the area locked themselves inside and called the forest department.

CCTV cameras filmed the leopard roaming around a home and trying to leap over a front gate.

The cat was unable to find a way out of the property and took refuge in an electrical room of the house.

A rescue team later tranquilised the big cat and took it to a rescue centre at the Sanjay Gandhi National Park.

Dr Sailesh Pethe, who led the rescue effort, said he had no idea how the leopard had strayed into a thickly populated residential area.

"It's a healthy four-year-old male and very aggressive," he said.

Officials said the leopard would be released in its natural habitat.

Due to shrinking forest cover leopards are increasingly straying into Indian cities and villages in search of easy prey.