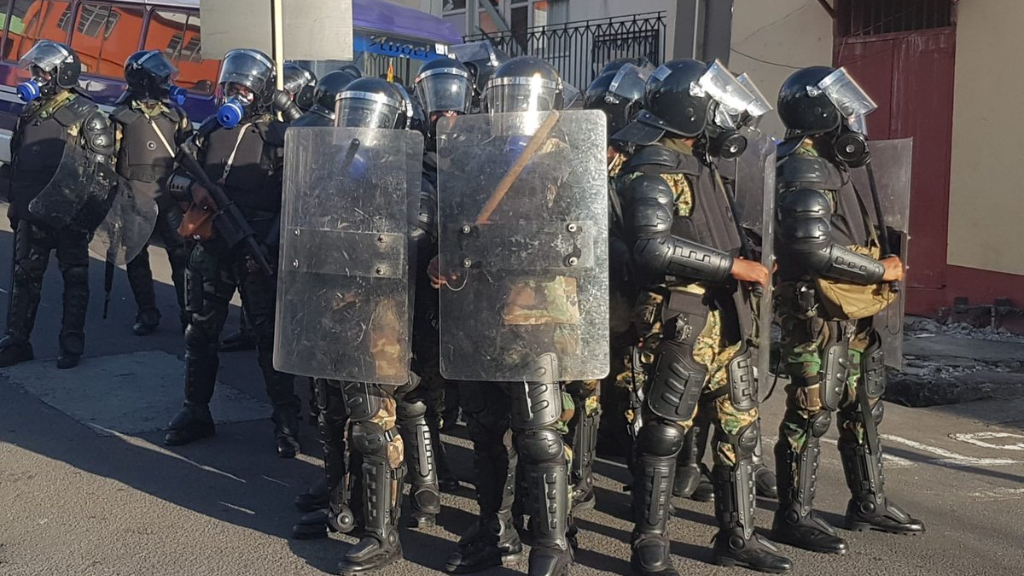 Dominicans have condemned the firing of tear gas at a political gathering by the Concerned Citizens Movement (CCM) in Roseau, Dominica, on December 15, 2018.

Member of the United Workers' Party (UWP), Hector John, shared video footage via Twitter showing tear gas being fired at a gathering which included elderly persons and even a man on crutches.

According to a report by Dominica News Online, the gathering swelled to the point where cars could not pass through the street, and authorities responded by firing tear gas.

Protesters were calling for electoral reform.

UWP leader, Lennox Linton, confirmed via a social media post that he had been tear gassed.

"Today, I was tear gassed by police officers at a peaceful meeting of the Concerned Citizens Movement in Roseau calling for free and fair elections."

"Today, for the first time, it became crystal clear to me that police officers are prepared to do whatever the Skerrit regime instructs them to do to crush the right to dissent and silence opposition to corrupt, incompetent government."

"Today, the police confirmed that they stand against Dominica and its peace-loving, law-abiding citizens in defense of the evil doings of the Skerrit Cabal. Today, the game changed! #goodoverevil"

"Almost every day I see more and more evidence that the executive arm of the Commonwealth of Dominica has little or no respect for the judiciary, law, justice and basic human rights. Where has justice fled? Throwing tear gas into a peaceful assembly of persons can never be right," she said.

In 2017, tear gas was used to disperse protesters in Dominica who called for the resignation of Dominican Prime Minister Roosevelt Skerrit.

Dominica back on track a year after Hurricane Maria