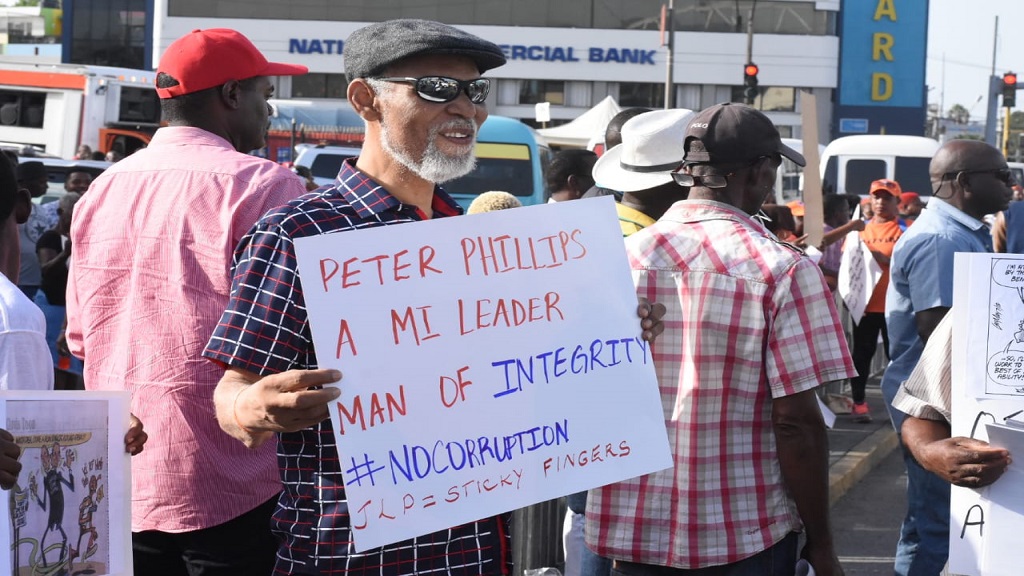 PNP Senator KD Knight displays a placard that likens 'sticky fingers' to the JLP during his party's protest on Thursday. (PHOTOS: Marlon Reid)

Leader of the Opposition People’s National Party (PNP), Dr Peter Phillips said his party is fed up with what he alleged was a high level of corruption in the Jamaica Labour Party-led Government, and said that his party is committed to stamping out 'the scourge'.

Phillips was speaking at the PNP’s corruption vigil Thursday morning in Half Way Tree, St Andrew.

He chastised the Holness administration for alleged embezzlement of public funds in a number of scandals and called on the government to account for $13.8 billion he said it cost taxpayers for government impropriety.

“We are here today because the country cannot take anymore plundering of the resources of Jamaica. You had the bushing scandal - $800 million of your money. Then after, you had the police used car scandal, all now the police can't get the cars," Phillips told Comrades.

From as early as 7am, party supporters started to gather at the busy hub to voice their disgust. They bore placards that were not very flattering to embattled former Minister of Education, Ruel Reid. Most of the placards called for his head.

One which was being held by Party General Secretary Julian Robinson, read, ‘A party of kleptomaniacs’.

“There must be accountability for all. We don’t want to know that a man who steals two dozen ackees from Jamaica House get sent to prison but a Minister of Government or some other high official is given a pass because of their position. It should be one law for all,” Robinson said. 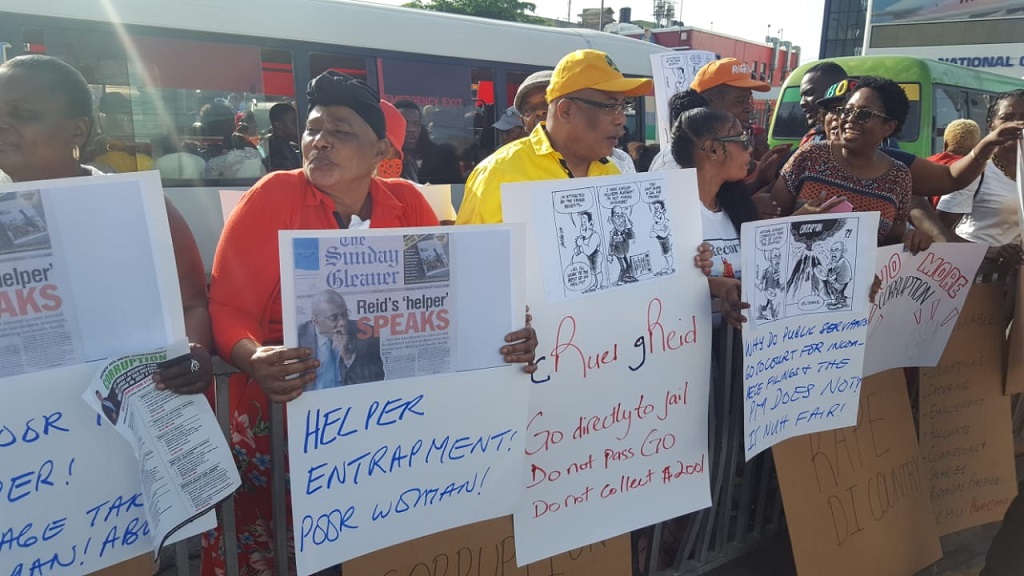 Reid has been dogged by allegations that he took part in the swindling of money from the education ministry and more allegations are surfacing as time passes.

Phillips questioned why, he said, no criminal action has been taken against any of the persons accused of misuse of public funds.

“I am calling on the Director of Public Prosecutions, the Police High Command to show that there is one law for all Jamaicans. We are going to ensure that it stops. We want commissions of inquiry into these allegations,” Phillips said.

He also promised that his party would be embarking on an island wide campaign to raise public awareness about the issue of corruption.

“We will be doing this week by week, town by town, parish by parish and county by county,” he said.