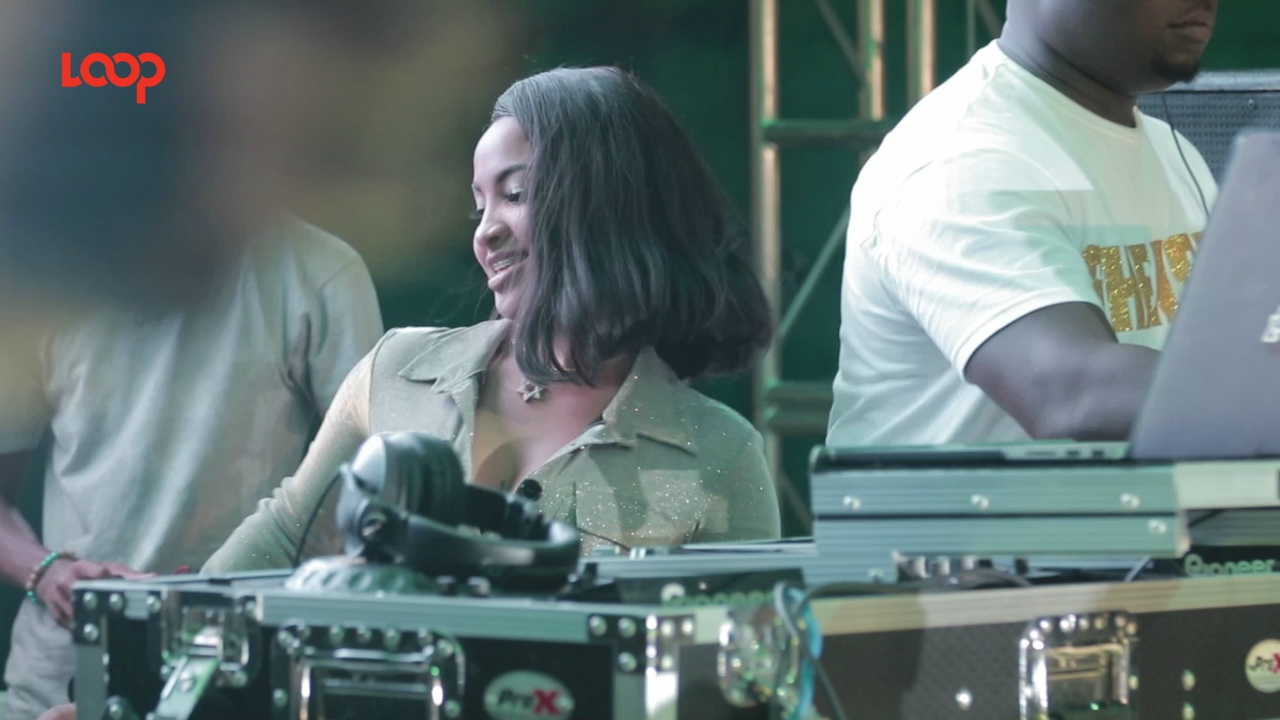 When it comes to the whole work, family, life balance, Shenseea says the fairer sex wins.

“Females, us females, we’re born for this, right? So we just have to embrace it and do what we do best – work and love.”

Jamaican mixed with Korean, and not Chinese as many assume, Chinsea 'Shenseea' Lee was cute as a button on stage in a glittery leotard and gold heels as she enjoyed her first performance in Barbados at the Magnum Tonic Wine Reggae Beach Party at Pirate’s Cove, St. Michael.

Speaking about the experience, she said, “It was really nice. I enjoyed myself a lot.” Admitting that she was caught slightly off guard by the feedback and crowd response, she added, “The vibe was crazy. It was great! I didn’t expect it all.”

She said she saw that she has “real and true supporters out here in the Bajan crowd.”

Commanding the stage as the 2018 Barbados Reggae Festival kicked off, she had fans singing along, "You not ready uh tall, ready for all this unconditional love I got for you,” and then she called for the light managers to turn the lights down low.

Sitting at the edge of the stage comfortable as ever, she did a tribute to the legend, Bob Marley. She did a version of ‘Is this love?’ and had the crowd jamming along as they waved their cell phones from side to side in the air with their flashes on.

The mother of a baby boy, who she admitted she was missing a lot, told Loop that she added the tribute to pay respect to Bob Marly because he paved the way for artistes such as herself. She said that he put Jamaica on the map globally with reggae, and for that alone he deserves the honour.

Describing herself as a “pulchritudinous” female, Shenseea was full of giggles and laughs on and off stage. More than a triple threat with her ability to sing reggae, soca, dancehall and rap, as well as dance and deejay, the singjay star came to Barbados to have fun and leave her mark, while promising to be back again, hopefully, sooner rather than later.

Wrapping up the quick interview backstage after seeing her do the ‘shoulder fling’ dance on stage with Ding Dong Ravas, Shenseea also spoke about her braces. Loop asked her to share some confidence-boosting advice for the little girls who have braces or who have to get them and don’t feel as pretty anymore.

Smiling confidently, she said she thought such was a thing of the past as some people are even wearing braces for style now. But to those who are feeling insecure, she said, “Don’t be insecure because inna de long run yuh gonna ‘ave de prettiest smile, mi tell yuh dat, straight up!”