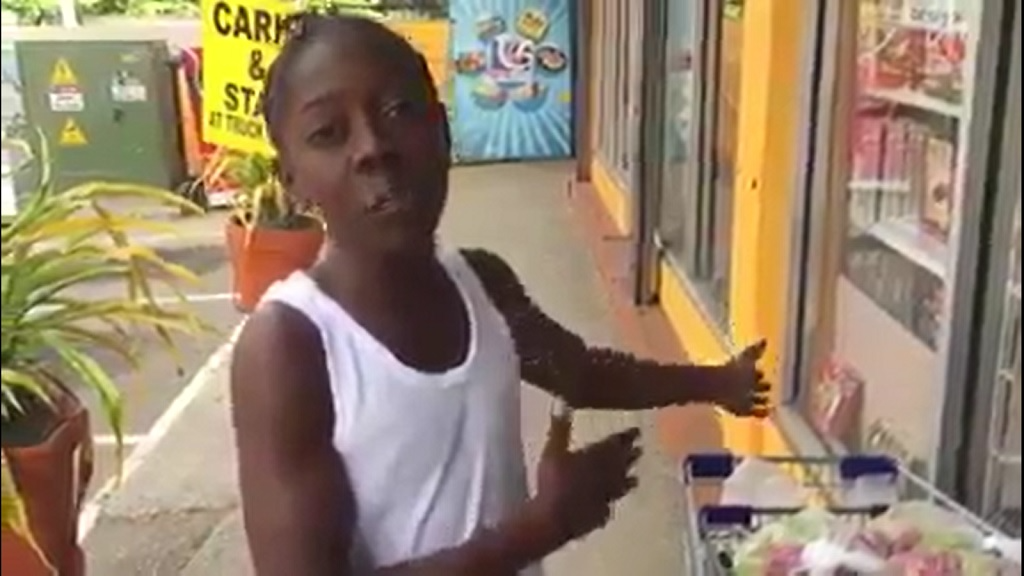 (Photo: Ajay Aberdeen is a student of San Juan North Secondary School, who grows and sells his own peppers.)

One teenager's determination to earn an honest dollar has inspired Trinbagonians after his video went viral online.

In the video, which was shared to social media on Saturday, Ajay Aberdeen, a 15-year-old student of San Juan North Secondary School, said he preferred to sell his peppers, which he grows himself, instead of resorting to crime.

See the video below:

"It have youths on the block selling ganja, it have youths who break houses, but I'm not on that, I want honest money."

"If you want honest money, stay in school...I will be successful and so can you," said the industrious teenager.

Ajay, whose uncle is also a farmer, grows the peppers himself. He told viewers that he studies auto mechanics in school and wants to become a professional mechanic with his own auto garage.

Ajay, who lives in La Canoa, Lower Santa Cruz, is one of seven children, and at present lives with his mother and four sisters. He often brings his produce for sale outside of Uncle Beddoe's Supermarket in Santa Cruz.

Ajay said to Loop News that the feedback from his video is 'amazing'.

"I feel proud...it's amazing. I will just keep going to school and get my passes, and try to be the best I can," he said.

His mother, Lystra Aberdeen, said she couldn't be more proud of him, adding that even though he is not a perfect child, he is trying his best, and she vows to support him every step of the way.

"He had a lot of trials to get where he is. He's not shielded from the block, he grew up around the block. A lot of hard work went into this, a lot of quarrelling, 'don't do this, do that', he's a good student but he has his ups and downs."

"There's a lot of peer pressure too, he's had times when he followed his friends, which got him into trouble, but I'm proud to see that he's taking the advice. He goes to school every day, he works hard, and I'm really proud of him," she said.

Aberdeen said Ajay's friend was also recently killed while playing with a firearm, which went off accidentally and killed him, which may have been a wake-up call for the teenager.

"He's not perfect, he has his flaws...he got a wake-up call," said Aberdeen.

She said she wants him to pursue his dream to become a tradesman and agreed that there are many other children in troubled areas who could use an extra push to send them in the right direction.

"Parents and teachers need to get the government to do more for children, there's a lot of children with issues at home and then they bring it into the schools, the system needs fixing," she said.

Ajay also urged other children to pursue their education, no matter what.

"School work is important, without education you have nothing," he said.

Citizens were inspired by his message and encouraged him to keep working hard.

“Respect to this youth man he out there trying to help him self move forward not thieving ppl thing or robbing doing he own thing to make some hard earn cash. I wish to see more positivity like this. If we have 10% of kids like this in T&T? Then there is hope for the future.  I salute you youth-man,” said one person.

“I would have bought all of his peppers... keep up the good work young man.”

“Don't just big him up.. allyuh make sure he sell out.. he does be in Santa Cruz.. By uncle Beddoes.. well done youth.. ah comin 4 meh peppers.”

“Love him. Such a pure spirit... God bless you young man, may everything you touch and put your mind to be successful.’

“Good luck in life young man... may all your goals in life be accomplished  if more ppl would think like u eh T&T would of been a better place.”