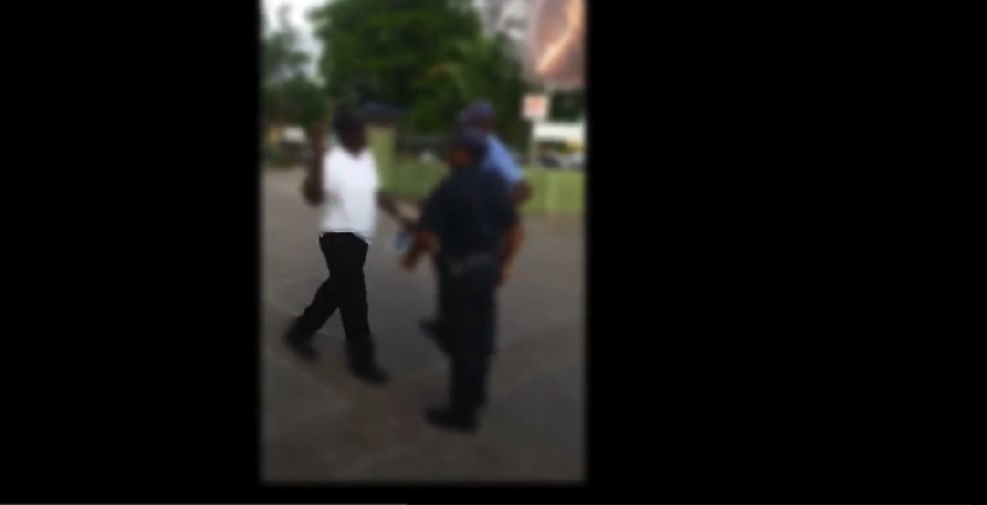 Just days after Police Commissioner, Major general Antony Anderson issued a call for members of the public to desist from interfering with the police in the execution of the duties, members of the Jamaica Constabulary Force have been forced to launch a probe into another incident of that nature.

According to sources, the case that is under investigation took place in sections of St Ann where a group of taxi operators, were seen in a video that is circulating on social media, fending off a cop and stopping him from apprehending one of their own in the resort town of Ocho Rios.

A video shows the cop, referred to by the group of transport operators as ‘Short man’, attempting to apprehend a man dressed in a white bush jacket.

The men, who appear to be transport operators, are heard warning the cop that he should not ‘play hero’ and that he should be careful or he could lose his life.

Police say they have seen the video and are now carrying out an  investigation to ascertain the authenticity of the video and to get more details on the matter such as the time and exact place it took place.

The men in the video are also heard threatening the cop and telling him that he had to move out of the parish.

The cop was accompanied by two district constables who are seen walking away from the group of rowdy taxi men.

Elderly man, said to be in his 90s, chopped to death in St Ann