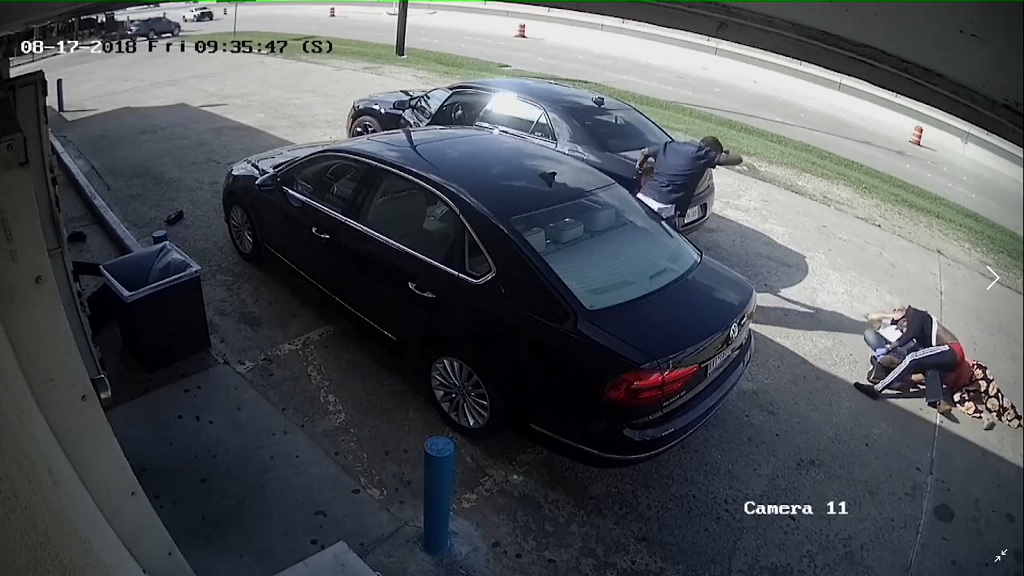 One man has been arrested and Houston authorities are looking for a second suspect after a woman was attacked after withdrawing $75,000 from a bank.

Video surveillance captured the violent episode Friday as the woman parked at a gas station after making the withdrawal.

A man ran up to the woman, believed to be an owner of the station, and tried to grab the purse containing the money.

She held onto the purse as she fell to the ground and a man ran from the station to fight off the assailant.

A car driven by an accomplice then backs into the woman, injuring her. The attackers made off with some of the money.

Harris County Precinct 4 Constable Mark Herman says one suspect was later caught and the second man is being sought.

US man admits wife's murder, blames her for daughters' deaths