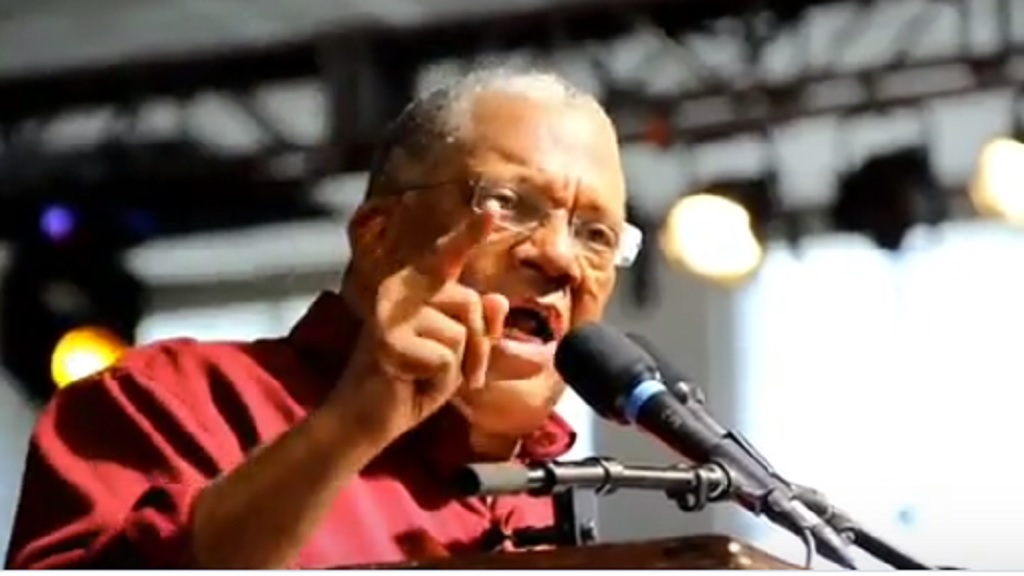 A screengrab of Dr Peter Phillips speaking on corruption at the People's National Party's (PNP) annual conference on Sunday.

The People’s National Party (PNP) has warned that it will not stand by and watch persons believed to be involved in corruption not face the law for their perceived wrongdoing.

The warning came on Sunday from PNP President and Opposition Leader, Dr Peter Philips, as he addressed the party’s annual conference at the National Arena in St Andrew.

“Comrades, corruption is killing Jamaica,” Phillips said as he addressed the throng of party faithfuls both inside and outside the venue, which is carried in the video below.

“But, a tell yuh this, we not going to stand by and see those who are corrupt go unpunished,” Phillips declared.

“We expect transparency, we expect accountability, and we will not rest until justice is done by the people of Jamaica,” he added.

Allegations of corruption have dogged the Andrew Holness Administration since less than a year after the Jamaica Labour Party (JLP) retook the reins of Government following its win in the February 2016 general elections.

The ‘scandals’ to date include the $600 million de-bushing programme; the police used car scandal, as well as the scandals that engulfed the state-owned oil refinery, Petrojam, and National Energy Solutions Limited (NESoL) in the summer of 2018.

There is also the corruption scandal at the Ministry of Education and some of its affiliated entities, including the Caribbean Maritime University (CMU). That scandal resulted in the firing of then Education Minister, Ruel Reid, by Holness in March. Reid is currently under a criminal investigation.

In the case of the Petrojam scandal, that led to the resignation of then Energy Minister, Dr Andrew Wheatley, in July 2018.

There were several other high- profile casualties that resulted from that scandal. The then Chairman of Petrojam, Dr Perceval Bahado-Singh, and the other two Jamaican members of the then board resigned, so too did General Manager, Floyd Grindley.

Also, the company’s then Human Resource Manager, Yolande Ramharrack, who was found to have been not qualified for the position she held, was fired.