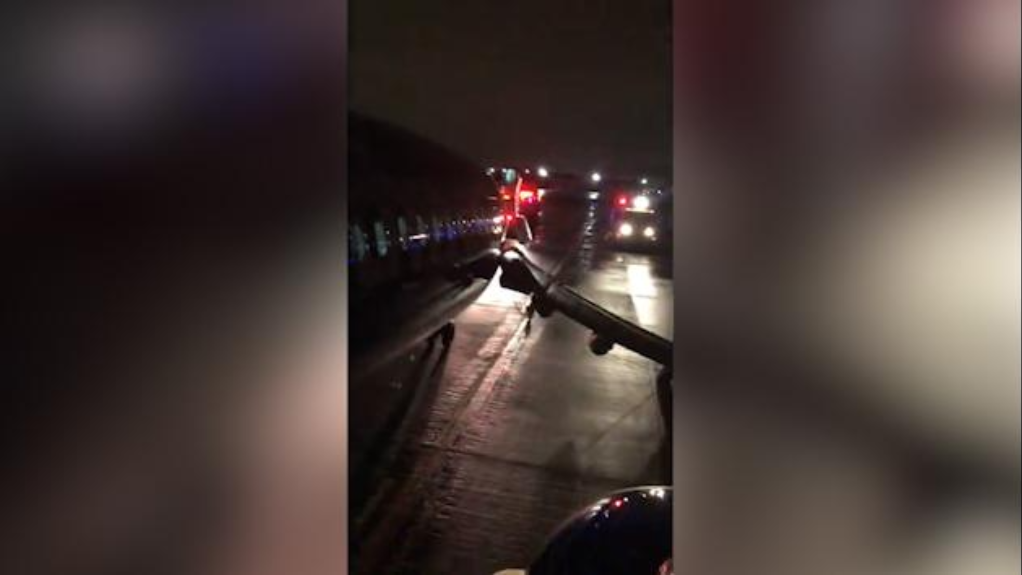 This is the scary moment passengers aboard a Southwest plane in New Mexico jumped from the aircraft's wing onto the tarmac below following an emergency landing.

Cox explains: "We were forced into an emergency landing. The plane descended very quickly. We had landed a bit rough and exited the emergency doors. We ended up exiting on the wing of the plane with no way down but to jump. I was trying to keep people calm and so were others.

He added: "Everyone was trying to assist people and be helpful but many were panicking. I tried to help a lady down and ended up getting pulled down with her so I had to jump down. Everyone had to jump down to the runway below. Something serious was wrong with the plane so we had to get away immediately. It was a very scary situation for everyone."

Southwest Flight 3562 took off from Phoenix on Sunday night and was headed for Dallas. But soon after takeoff, the crew noticed an unusual smell in the cabin, reports cited airline as saying.