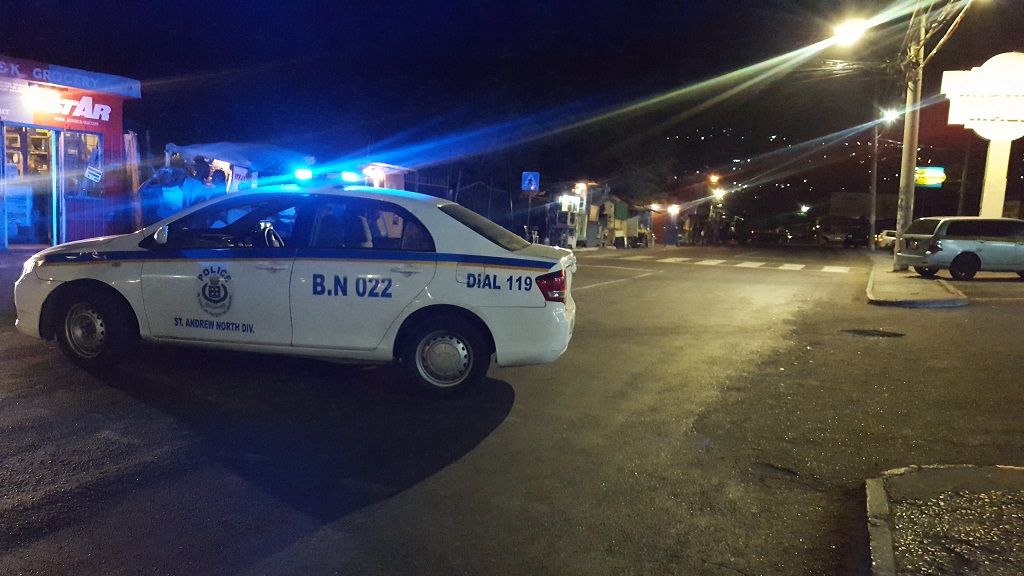 The crime scene on Thursday night along Manning's Hill Road in St Andrew.

A man was shot and killed and another left nursing gunshot wounds following a gun attack along Manning’s Hills Road in St Andrew on Thursday night.

The deceased has been identified by the Corporate Communications Unit (CCU) of the police force as 24-year-old Kimany Holness, also called ‘Kimmy’, of a Manning’s Hill Road address.

Police report that about 8.55 pm, both men were standing on the roadway in the vicinity of the Mid-Way Mall, when they were attacked and shot repeatedly.

Holness died on the spot, but the other man was listed as being in critical condition after being taken to hospital.

A video from the crime scene is carried below.

The Midway Mall is close to the communities of Cassava Piece, Boonan Gully and upper Whitehall Avenue. The area has been relatively peaceful since a gun attack at 12 Whitehall Avenue in early December, when one man was killed and five others were injured.

It is not clear whether the two incidents are linked, as police said investigations into Thursday night’s shooting are at an early stages.