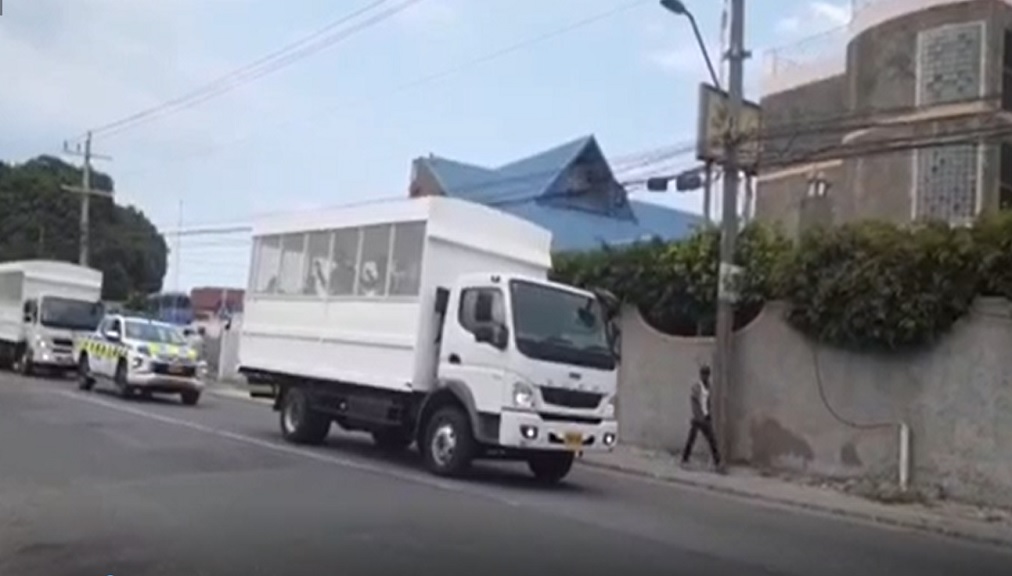 Another batch of deportees returned to Jamaica from the United States of America (USA) on Thursday.

The deportees arrived at the Norman Manley International Airport and were whisked away to a St Andrew Hotel.

The returned residents were transported in three police trucks with six marked police vehicles. There were also unmarked vehicles with police and government officials along with a military van.

The welcoming parties that are normally seen when deportees arrive into the country were none existent.

Heath officials outlined that the returned residents will be quarantined for 14 days as a precaution against the spread of the coronavirus.

The 40 deportees will add to the 46 who were flown into the Norman Manley International Airport on April 21 aboard a chartered flight. One of the 46 later tested positive for COVID-19 despite assurances from the authorities in the United States that all persons being removed from that country are tested for the coronavirus prior to them being placed on the flight.

As it relates to COVID-19, Jamaica now has 569 confirmed cases with five new cases in the previous 24 hours. This is while the recovery numbers climbed to 279, as 12 more patients were released from isolation on Wednesday.

Nine persons have died since March 10 when the first case of COVID-19 was detected on the island.