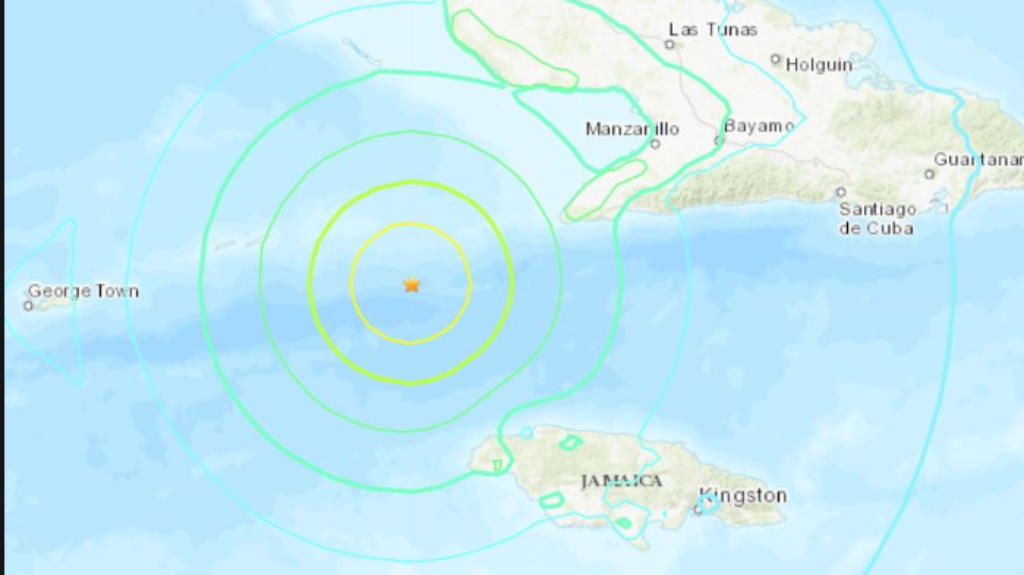 In the aftermath of Tuesday's 7.7 magnitude earthquake that shook Jamaica, a number of Government agencies are reporting that there were minor structural damages to buildings mostly in the western end of the island, with at least one school there being closed.

According to the Office of Disaster Preparedness and Emergency Management (ODPEM), the earthquake, which impacted the entire island, occurred at 2.10 pm in the region of Cuba at a depth of 10 kilometres.

The tremor’s impact was also felt in the Cayman Islands, Cuba, the Bahamas, Honduras, Belize and southern Florida.

A Tsunami alert was issued shortly after the quake by the US Geological Survey for Kingston, the Cayman Islands and Cuba, but it was later lifted.

ODPEM, in a statement, said at least one school in western Jamaica had to be closed on Tuesday, due to the earthquake.

While not naming the institution, the agency said one school was closed because previous inspections by the Jamaica Fire Brigade had detected structural weaknesses at the institution. As a precautionary measure, the school was dismissed early, shortly after the earthquake.

Meanwhile, Minister of Local Government, Desmond McKenzie, in a radio interview on Tuesday afternoon, said some minor damage had occurred, mainly to buildings, from the quake.

"We have had no reports of any major damage to any structure, whether private or public, outside of the information that we have had for St Elizabeth and Hanover," he said.

"So far we have gotten information of damage to at least a couple of buildings in western Jamaica, which are under further investigations. We have collected information so far from almost all the municipal corporations across the country, and they are working closely with ODPEM and other agencies..." added McKenzie.

The minister said some students who were left traumatised by the earthquake had been transported to the Savanna-la-Mar Hospital in Westmoreland for treatment. Some of the students, he noted, had prior medical issues, such as heart conditions, which were heightened by the panic that was caused by the earthquake.

Several buildings in the Corporate Area and Portmore were also evacuated. In a video that posted on social media sites, including Twitter, a visible crack can be seen at a call centre building in Portmore Pines, St Catherine, following the quake.

Commercial activities were also impacted in the other sections of the Corporate Area, as several agencies and entities, both public and private, closed their doors to ensure the safety of their employees.

ODPEM, in its statement, said all municipal corporations across the island, along with the Jamaica Fire Brigade and the National Works Agency (NWA), have been collecting information regarding structural damage.

Government to set up committee for earthquake readiness