WATCH: Man held 'with van load' of goats in Mandeville 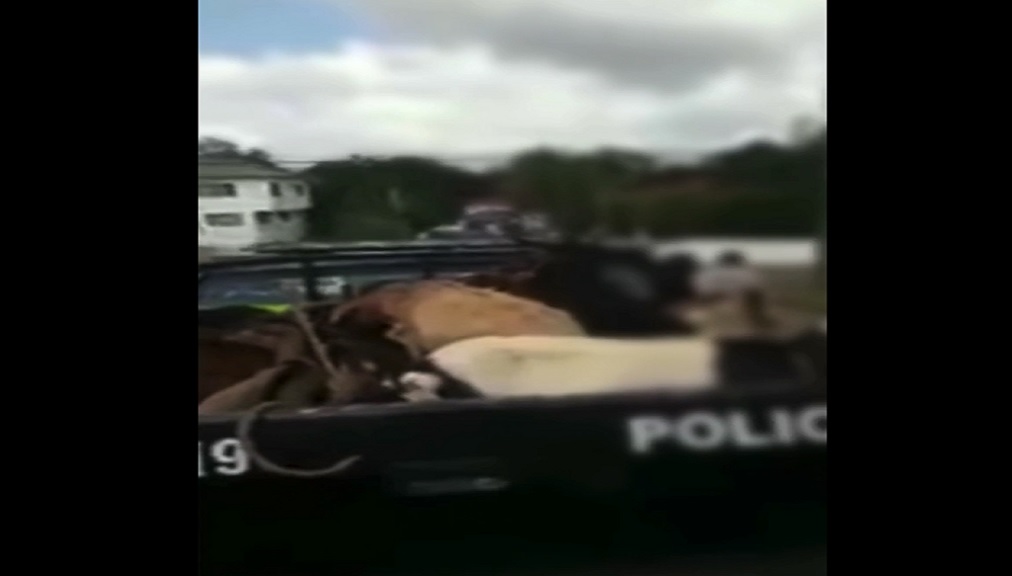 Police say they are still questioning a man who was held trying to transport several goats from a community in Mandeville.

The man was apprehended on Wednesday after several farmers saw him driving through their West Road community with the animals, tied together.

Watch slightly edited video of the incident below

Sources told Loop News the man was stopped and questioned about the animals but could not give a proper account for animals.

An alarm was raised and a team of officers responded and apprehended the accused man.

Police say the man is still being questioned as they will be looking to find out more about where the animals came from.

Earlier this year the Government said it was moving to amend the Agricultural Produce Act to increase fines for offences as part of strategies to combat praedial larceny.

“We will soon be bringing to Cabinet the Agricultural Produce Act, which will see the fines for anyone convicted increased to a maximum of $3 million or six months’ hard labour,” Minister without Portfolio, Ministry of Industry, Commerce, Agriculture and Fisheries, J.C Hutchinson, has said.

He was making his contribution to the 2019/20 Sectoral Debate in the House of Representatives, on July 9.

“There will be restitution, where the farmers will be reimbursed for their loss. This would be in addition to the fine imposed by the Court,” Mr Hutchinson added.

Ganja now among crops for which praedial thieves can be prosecuted