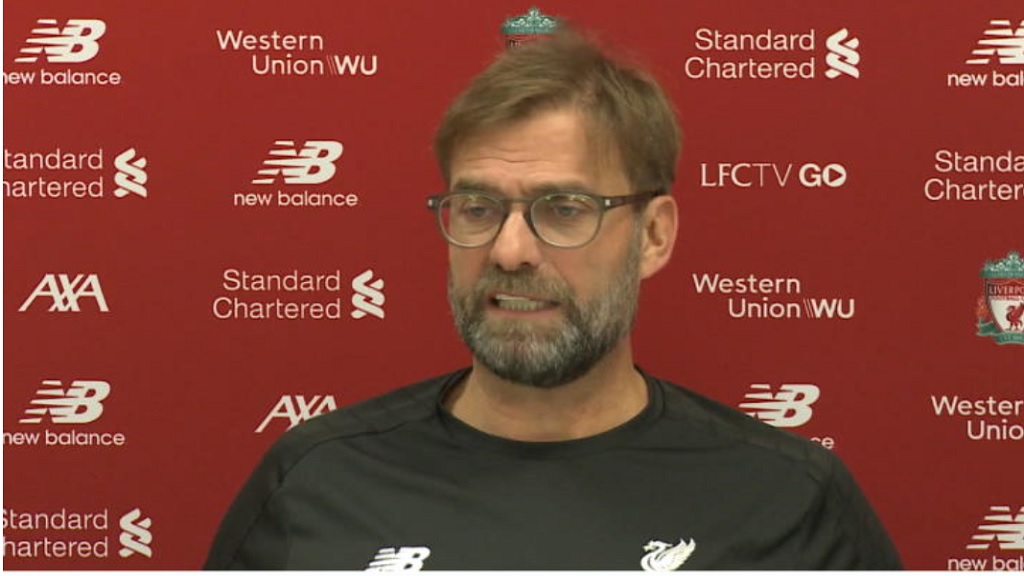 Liverpool boss Jurgen Klopp hilariously asked reporters to Google which position Tottenham manager Jose Mourinho played in his career after being asked who was the better player in their prime.

The 52-year-old Kopp was grilled on Friday, a day before Liverpool visit Tottenham Hotspur Stadium for a Premier League clash.

Liverpool is a team Mourinho might hate losing to more than anyone else. Liverpool, the leader by 13 points and still unbeaten after 20 games could leave Mourinho in an even worse position by Saturday night.

The 56-year-old Mourinho did, in fact, play as a midfielder during his seven-year playing career.

Klopp, meanwhile, enjoyed a 14-year career - 11 of which were spent at Mainz.

After playing for FC Pforzheim, Eintracht Frankfurt, Viktoria Sindlingen and Rot-Weiss Frankfurt as a youngster, Klopp moved to Mainz aged 23.

Fabinho, Lovren close on return but Reds without Keita for Spurs trip