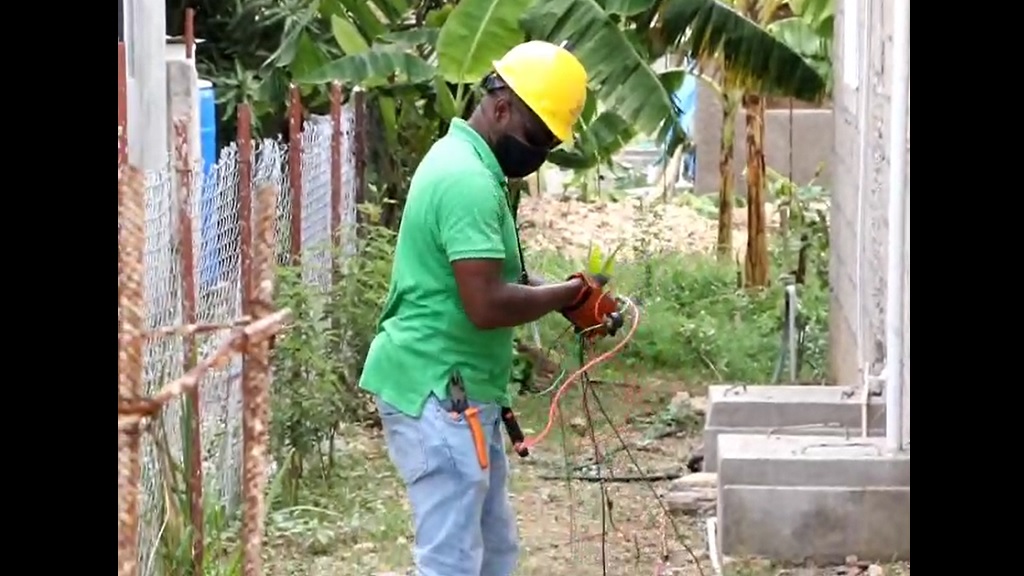 A JPS worker removes wires at a house in Longville Park, Clarendon on Thursday.

Police are searching for the owner of a house in Longville Park, Clarendon where an illegal electricity connection was allegedly found on Thursday.

According to the police, a team from the Jamaica Public Service (JPS) Revenue Division along with law enforcement officers swooped down on the Longville Park Housing Scheme premises during an operation Thursday morning.

The operation reportedly uncovered illegal abstraction of electricity at the house - which was being occupied by a female at the time - and several wires were subsequently removed by the JPS team.

Police told Loop News that efforts are now being made to contact the owner of the house, who was said to be not at home at the time, with a view of prosecution. Our news team was at the scene. Watch a video of the operation below.

Electricity theft continues to be a major problem facing the JPS, with the light and energy provider often citing increasingly sophisticated methods being used to abstract electricity.

However, the company has said it is using multiple methods to unearth instances of electricity theft and is urging people who are not regularised to get in contact with them for more information on legalising their service, so that they can receive safe and reliable power supply.

JPS announced earlier this week that its customers will see an average increase of about 7.43 per cent on the electricity bills they receive this month, primarily because of the devaluation in the Jamaican dollar against its US counterpart.

JPS customers will see an increase in light bills this month

Paulwell calls for removal of GCT, portion of SCT as light bills rise