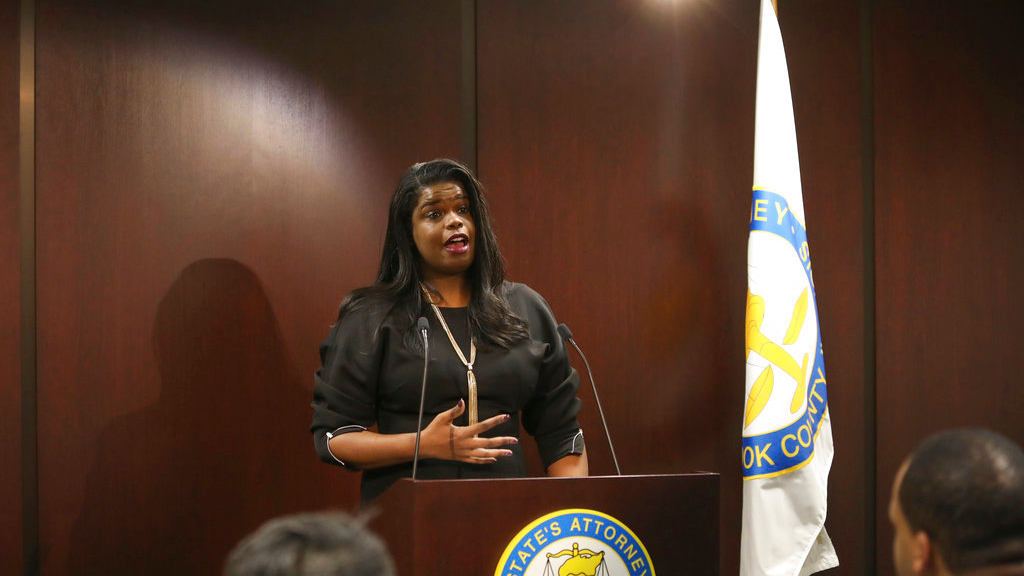 In recording artist R. Kelly's hometown Chicago, Cook County State's Attorney Kim Foxx addressed reporters Tuesday afternoon after her office had been inundated with calls about the allegations in the recent Lifetime documentary "Surviving R. Kelly", some tied to his Chicago-area home.

Foxx watched the series herself and said she found it "deeply, deeply disturbing."

But Foxx also said there's no active investigation of Kelly and launching one would require victims and witnesses.

A Cook County jury acquitted Kelly of all 14 counts of child pornography in 2008. Prosecutors had argued a videotape showed him engaged in graphic sex acts with a girl as young as 13. Kelly and the alleged victim, in her 20s at the time of the trial, denied it was them in the video.

Kelly rose from poverty on Chicago's South Side to become a star singer, songwriter and producer. Despite his legal troubles a decade ago, he still retains a heavy following.

His fans--along with Kelly himself--have often referred to him as the "King of R&B". Kelly won a Grammy in 1997 for "I Believe I Can Fly," and is known for such raunchy hits as "Bump N' Grind" and "Ignition."