WATCH: Holness says COVID crisis 'would be much worse' under the PNP 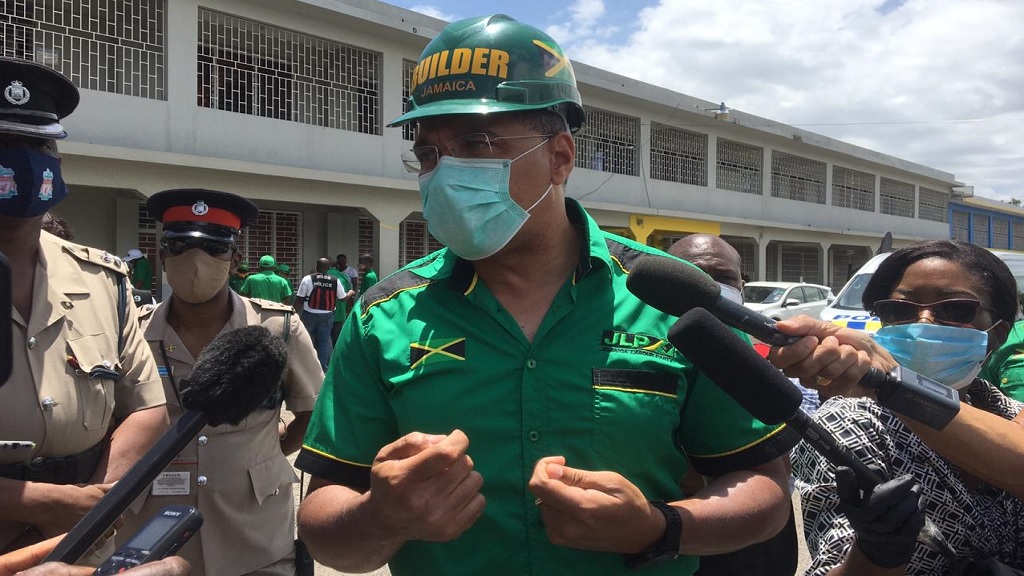 Prime Minister and Jamaica Party (JLP) Leader Andrew Holness says the impact of the coronavirus (COVID-19) crisis on Jamaica would have been much worse had the People's National Party (PNP) been in control of the government.

"With the track record of the PNP in managing crisis, I worry. The truth is, were it the PNP managing the country during COVID, it would be much worse and nobody can question that — their history and track record prove that," Holness said.

He made the claim while speaking with journalists after being nominated for the West Central St Andrew seat on Tuesday at the Kid’s Choice Early Childhood Institution at 65 Waltham Park Road.

The prime minister also defended his decision to call an election during the pandemic. Watch the video edited by Ramon Lindsay below.

In the meantime, Holness' opponent for the seat in the September 3 general election, the People's National Party's Patrick Roberts said constituents have been crying out over a “lack of representation" from the prime minister.

Roberts, who has lost to Holness in the last four elections, believes he will get the better of his more fancied opponent this time around.

“The people ask me to (run), it’s not about the hype," Roberts said.

Roberts said, if elected, he will concentrate on health, education and the road infrastructure in addition to entertainment.

WATCH: It's the beginning of a new day in NC Clarendon, says Nesta