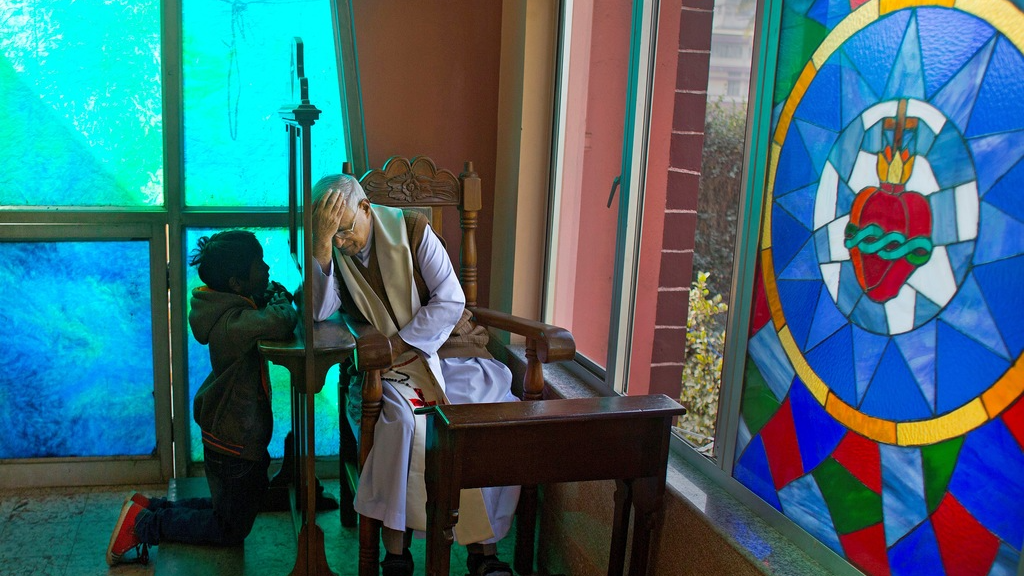 An Indian Christian boy, left, confesses to a priest before the Christmas prayer at a Church in Gauhati, India, Monday, Dec. 25, 2017. Though the Hindus and Muslims comprise majority of the population in India, Christmas is a national holiday celebrated with much fanfare. (AP Photo/Anupam Nath)

Indian Christians celebrated Christmas with caution on Monday following a spate of attacks from radical Hindu groups on festivities.

Hindu groups have targeted the run-up to Christmas celebrations across the country alleging that the festivities were just a cloak for missionaries to convert Hindus forcefully.

On December 21, Hindu activists allegedly disrupted singing of Hindi carols at the Aligarh Church of Ascension, a tradition which goes back 1858. A small group of men forced their way inside and kicked the musical instruments and shouted anti-Christian slogans.

On December 19, Hindu extremists allegedly raided a community centre in a village in Pratapgarh, Rajasthan, where Christmas celebrations were being held. They threw copies of Bible and posters of Jesus Christ to ground and roughed up participants.

On December 14, police detained an entire choir of 35 members, which was going door to door singing carols and celebrating Christmas in Satna, Madhya Pradesh. A Hindu militant organisation alleged that they were converting Hindus in the region.

On December 9, Hindu activists allegedly attacked and vandalised a prayer hall in Coimbatore disrupting Christmas celebrations. A pastor, Karthik, suffered an injury to his head, and a woman suffered a fracture, and a few others suffered minor injuries.

33 killed as bus falls into river in western India