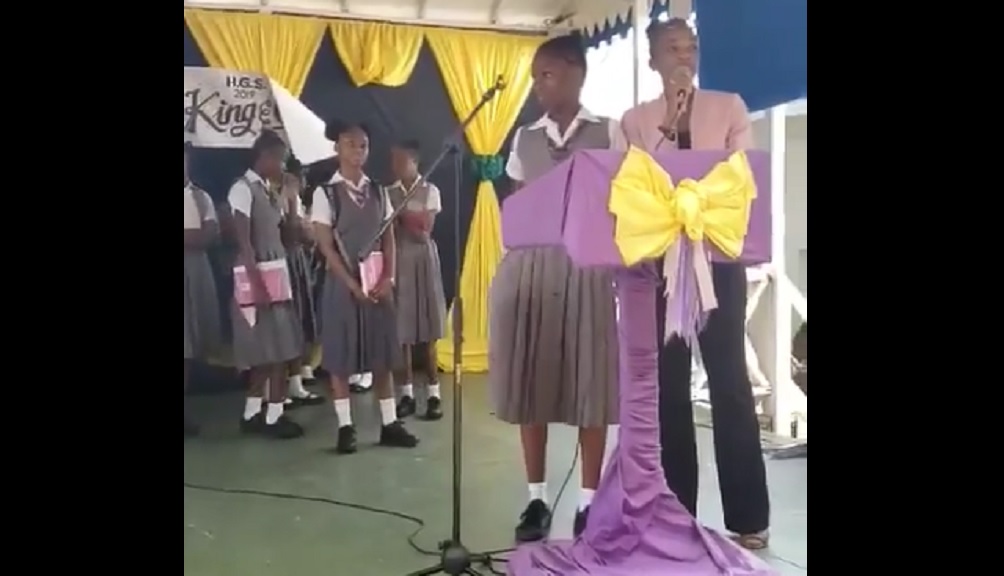 A school principal's use of social media to discipline a group of misbehaving female students has attracted mixed reactions from members of the public.

Students of Happy Grove High School in Portland were caught on camera last month fighting in their uniforms while heading home from school. The video of the incident was shared on social media and went viral, capturing the attention of the school principal, Monique Grant-Facey.

The headmistress was not amused so she announced an unconventional punishment for the students - having them apologise in front of the entire school population and sharing a video of the apology on social media.

A video of the principal's announcement and the students' apology was posted online.

At a general assembly following the incident, Grant-Facey expressed disappointment at the five students involved, noting that their actions painted a negative picture of the institution.

"The same breath and vein in which they disgraced our school, they are going to be apologising to us for their bad behaviour and I am going to be posting every single one on social media," Grant-Facey said in the video.

"I am not laughing!" she added in response to laughter that her announcement triggered across the wider student population.

"I am just praying that these girls along with the rest of you recognise that inappropriate behaviour is unacceptable," the principal advised the students.

There have been mixed responses to the principal's actions on social media, with some in agreement with the "strong message"  while others argued that the move was too "harsh".

When contacted by Loop News on Tuesday, Grant-Facey admitted that she has received some amount of flak since the incident, but said she was encouraged by the level of support she has been getting from her colleagues in the teaching fraternity.

She said she made the decision to post the video after making several attempts to reach out and talk to students about their behavior, but many of her calls apparently fell on deaf ears.