WATCH: 'Grandma' gets lippy with police in St James 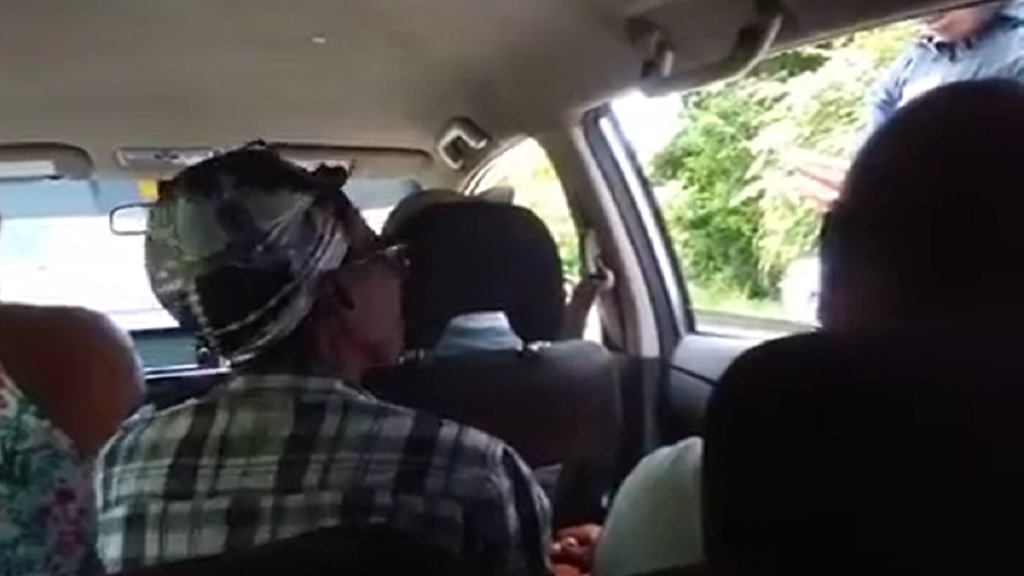 Screengrab of a viral video showing an elderly woman arguing with a cop in St James.

A routine traffic stop at a security checkpoint in St James recently took an awkward turn for police officers when they were verbally attacked by an elderly female passenger of a taxi.

A video of the incident has gone viral on social media.

The nearly two-minute long video starts out with the elderly woman locked in a heated argument with the taxi driver - apparently over an earlier altercation with another passenger - as a police officer looks on at a state of emergency checkpoint in the western Jamaica parish.

The senior citizen is heard warning the driver to desist from arguing with her as she was not afraid to launch a verbal assault against her opponent to defend herself.

"I wonder if you think the policeman can lock mi up?" she questioned while pointing to the officer. "Bwoy yuh ah idiot, move out mi face and drive the van."

In an even more defiant way, she apparently tells another cop - on the other side of the vehicle, off camera - that she was in no shape or form afraid of the police.

As the situation threatened to escalate, the police officer visible on camera asks the woman to desist from disturbing other passengers and urges her to act in a more respectful manner.

However, the senior citizen remained defiant.

"Yuh can't lock mi up," she tells the cop, adding "Gweh! Yuh come hear me a cuss, suh when (the other passenger) ah cuss, what happen?"

The officer then repeats his directive to the woman who appears to comply with condition.

"And tell (the other passenger) fi nuh cuss to because as we move off and him cuss mi, mi will cuss back," she warned, before the video ends.

Social media users have since commended the police on how they dealt with the situation.

"Big up to the police; even when the situation started to escalate they kept their cool and explained to the elderly woman that she should act in a better manner,” said one social media user.

Another user who identified her self as Yvette agreed.

“When the police them do good them deserve recognition and they acted professionally,” said the user.