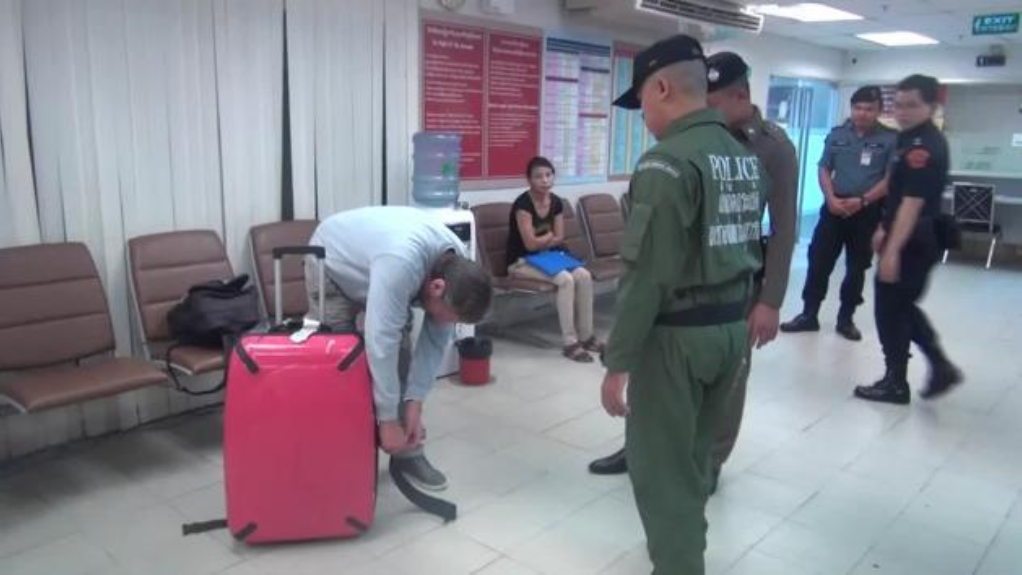 A German pensioner was kicked off a flight after terrifying air hostesses by pointing to his hand luggage and shouting BOOM.

Ernst Gunter Walter, 70, had boarded the Airbus A320 at Suvarnabhumi airport Bangkok, Thailand.

The Thai Smile flight was due to depart at 10.50am but Ernst sat in his seat and beckoned over cabin crew - before making a ''shh'' motion by putting his finger to his lips. He then pointed to his pink suitcase stowed in the overhead compartment and yelled 'BOOM' - making the air hostess jump and sending the flight staff into lockdown.

The holidaymaker from Karlsruhe city in southwest Germany was dragged off the flight - which endured a delay of almost an hour - and frogmarched into the airport's security office.

Ernst ranted in German before being held for processing. He now faces a prison term of up to five years and or a fine up to 200,000 baht (4,600gbp).

A spokesman for Suvarnabhumi airport said: ''While the crew was boarding passengers to Chiang Rai International Airport the foreign male signalled to staff to remain silent then pointed to his carry on bag and said 'boom'.

''After this incident, it was necessary for the crew to comply with the airport safety rules and report to the captain. He ordered to bring the baggage and the passenger off the plane to check.''

Police checked Ernst and his luggage but no suspicious items were found.

Indian flight attendant caught with US$500,000 smuggled in suitcase

Plane returns to LA because passenger was on wrong flight