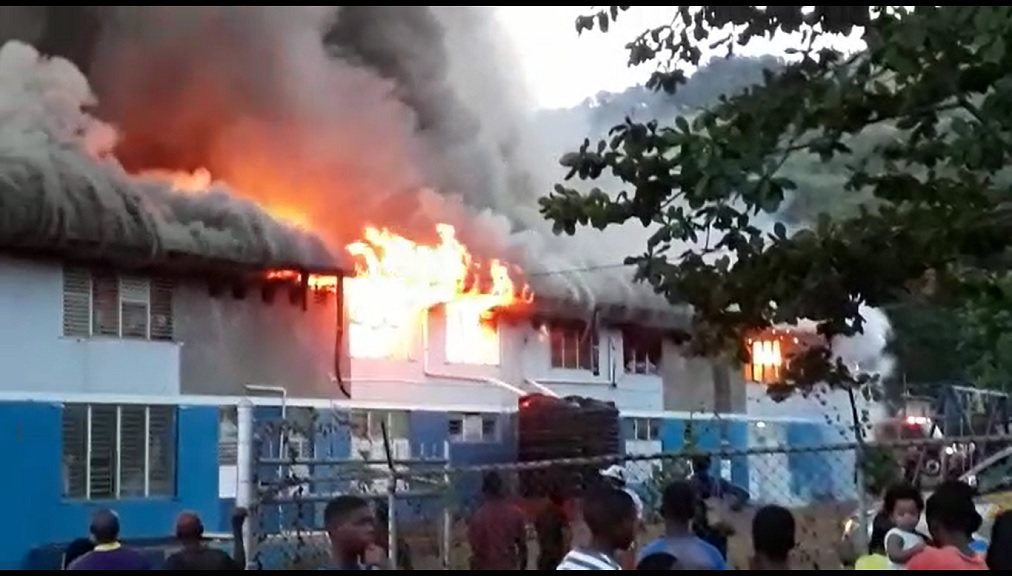 A fire of unknown origin destroyed sections of the Jamaica National Children’s Home in Papine, St Andrew, a facility that provided care and protection for youth rescued from poverty and neglect, on Friday.

Reports are that approximately 44 children were left without a place to stay as a result of the blaze that according to firefighters left an estimated $300 million damage at the facility.

There were no reports of anyone being physically injured.

Reports reaching Loop News are that at about 5:00 p.m., persons passing the area saw smoke coming from a section of the premises and raised an alarm.

A team of firefighters arrived at the location and after several hours of battling the blaze, they managed to extinguish the fire.

“The entire section of the upper floor of the two-story building was destroyed. There were no reports of any injury,” one firefighter reported.

“A total of six units were used to extinguish the fire,” the firefighter told Loop News.

"Damage to the building is estimated at close to $300 million," the senior firefighter said. He said members of the Jamaica Fire Brigade are still trying to determine if the building was insured.