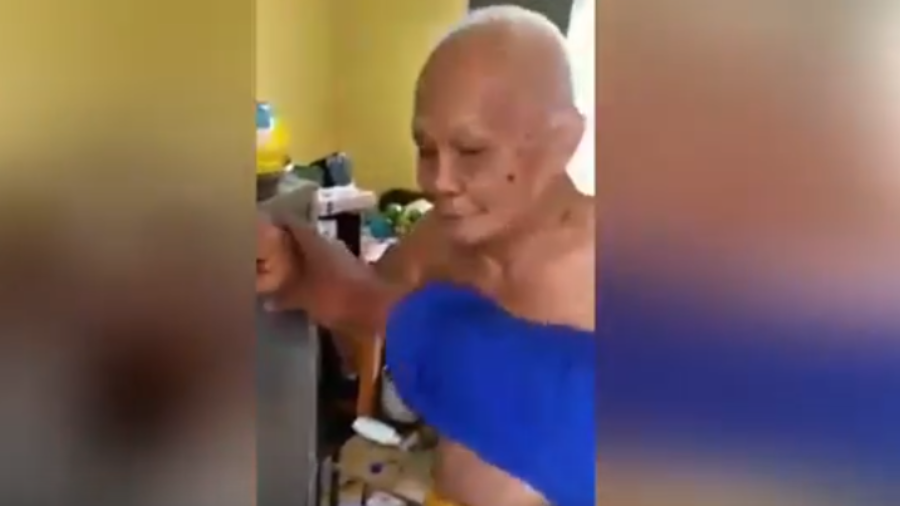 This is the bizarre moment an elderly Buddhist monk was caught red-handed--romping with a forbidden woman.

Residents noticed the curvaceous woman sneaking into the religious boss's hut in the Minburi district of Bangkok, Thailand. One furious local followed her in and filmed the moment he allegedly caught them romping together on the monk's bed.

The clip sparked outrage as monks are not supposed to live a life of purity and not have any physical contact with women.

The old monk now faces being kicked out of the monkhood after the incident which occurred on Monday, May 28.

The head abbot at the temple, Phra Wattana Teerapol, confirmed today that the monk had been temporarily stripped of his sacred monk robes. Phra Wattana said he would not be allowed in the temple for a ''short while.''

He added: ''He's old so he doesn't have anywhere else to live. He will stay in his home and if he can show remorse we will think about forgiving him.''

Watch: Python pulled out from car bumper in Thailand