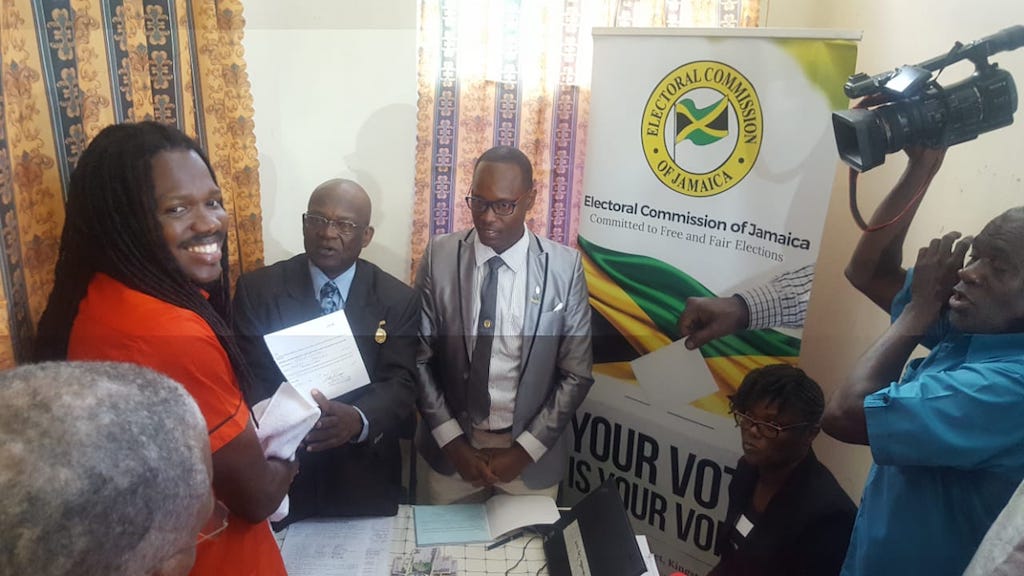 PNP candidate for East Portland, Damion Crawford smiles to the cameras after being nominated.

Armed with his rod of correction, the People's National Party's Damion Crawford turned up at the Port Antonio courthouse on Friday morning to secure his nomination to represent the party in the East Portland by-election on April 4.

Crawford was flanked by party leader Peter Phillips, general secretary Julian Robinson and chairman Fitz Jackson, who among his fifteen supporters allowed inside the centre to witness the event.

He paid his nomination fee of $15,000 with $1,000 notes which bear the image of late party leader, Michael Manley.

After nomination, Crawford told the media he was confident of victory.

"I am the best candidate for Eastern Portland," he said.

Then he clutched his rod and strode towards a throng of adoring PNP supporters.

There he was presented to a boisterous crowd by Phillips.