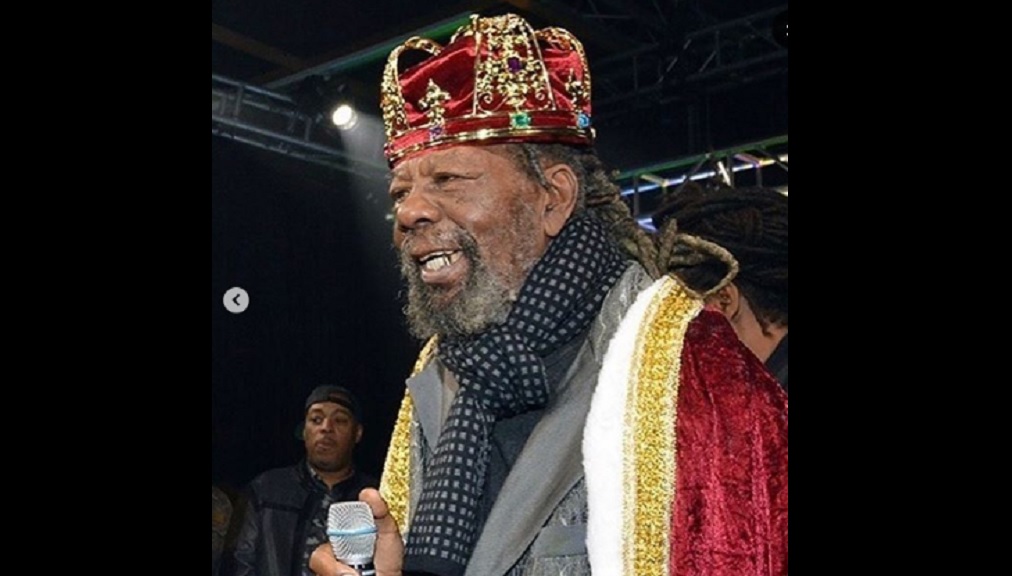 A pioneer of the deejay idiom, 'Daddy' U-Roy was last weekend crowned 'king of deejays' at the 10th anniversary of Reeewind, a New York-based reggae/dancehall stage show and party promoted by Irish and Chin.

The crown was placed on the head of the elder statesman of dancehall by Grammy Award-winning deejay, Shabba Ranks.

U-Roy is a fitting recipient of the accolade as, while the music form did not originate with him, he took it to an international level and inspired legions of other toasters who are now enjoying worldwide fame and are raking in big bucks.

In accepting the recognition, U-Roy was overcome with emotion at the respect and love poured out to him by the audience and fellow dancehall icons - including Shabba, David Rodigan and Rory - who joined him on stage to share in the historic moment. He was a cocktail of emotion as tears streamed down his face even as he tried his best to smile.

Garfield Chin Bourne, CEO of Irish and Chin & Soundchat Radio, who is the founder of the event, said U-Roy and other pioneers should be honoured while they are still alive.

“I’m not waiting on death to honor the legends in our culture,” he said.

“Watching U-Roy being celebrated in front of a packed audience and seeing the outpouring of messages coming to me personally and across social media, is one of the most meaningful moments in my professional career. U-Roy is deserving of his glory while he is still here to enjoy it to the fullest,” he added.

Born Ewart Beckford, U Roy has been awarded the Order if Distinction by the Jamaican government for his pioneering musical exploits. His Stur Gav sound system still rocks dancehalls worldwide and was responsible for the rise of deejays Super Cat, Josey Wales, Charlie Chaplain and Early B among others.

His 'Wake The Town, Wear You To The Ball', featuring the late John Holt; 'Creation Rebel', 'Chalice in the Palace' and 'Dread in a Babylon' are all dancehall gems that are still played around the globe today.

U-Roy was born in Jones Town and has been active on the music scene since 1961 when the art of toasting on the flip side of a vinyl record was in its infancy.

Pakistan cricketer back in squad after positive test