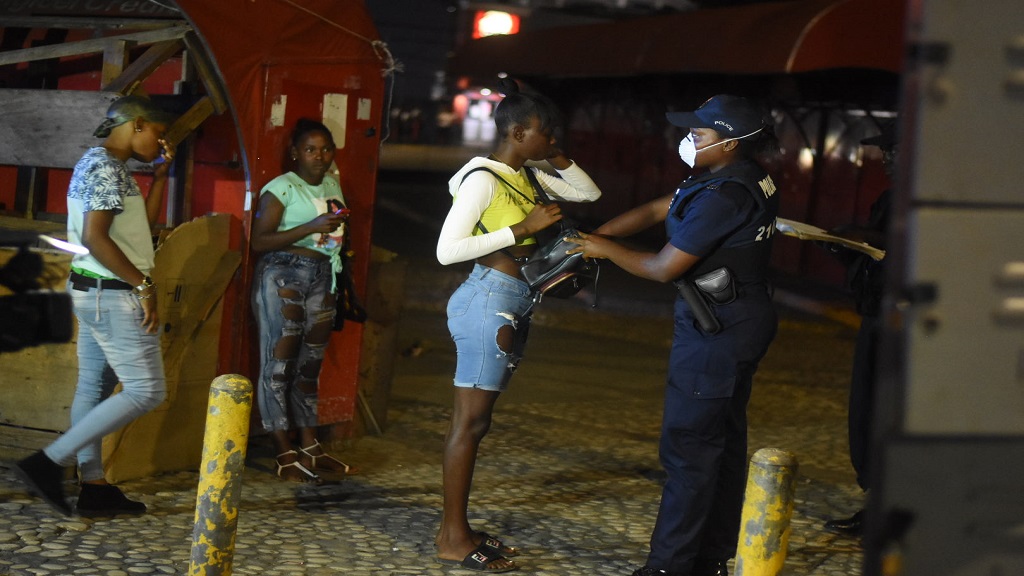 The bag of one youngster from a group who was seen in Half-Way Tree, St Andrew during the curfew hours, being searched by a policewoman on Wednesday night.

As the week-long national curfew order took effect on Wednesday evening into night, the police were out in full force in the Corporate Area where Loop News teams captured encounters between law enforcers and persons seemingly flouting the curfew.

From a few adults like 'Nutsie' on the corners, to some youngsters, the law enforcers moved across areas including in Half-Way Tree to keep unauthorised persons off the streets during the curfew which is the latest move by the Government to combat the spread of the deadly coronavirus pandemic locally.

Watch the video below for aspects of two of the encounters which Loop News captured.

For those who could not justify their presence in the public space during the curfew hours, the ‘big trucks’ and multiple other service vehicles were present to take them in for processing.

Among the persons seen in Half-Way Tree were a group of three youngsters, who reportedly told the police that they had come in late from ‘country’ bound for a destination in the Corporate Area. 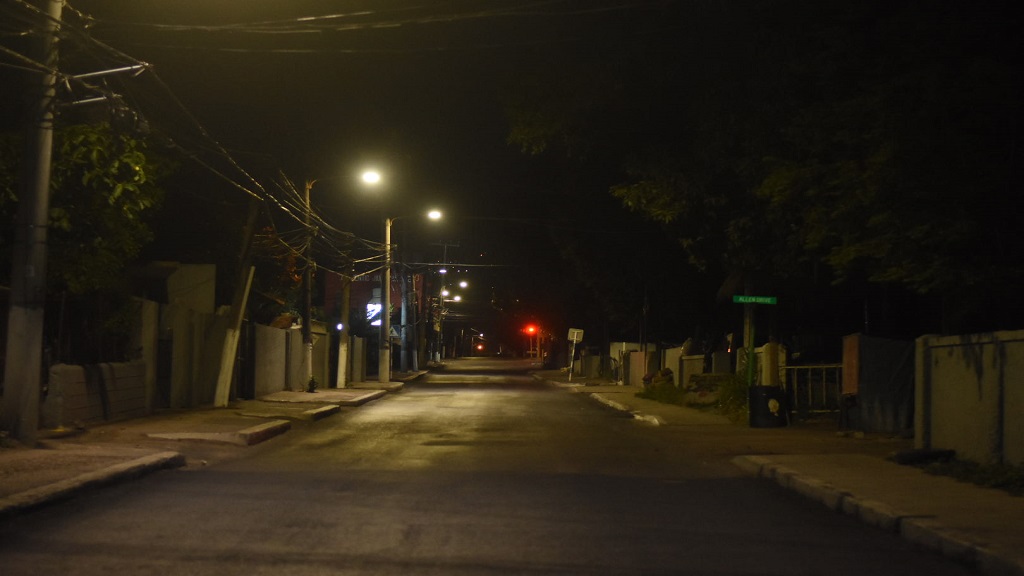 A Corporate Area street completely devoid of persons, which was typical of much of the city on the first night of the week-long nightly curfew that has been imposed by the Government as part of efforts to combat the coronavirus.

But with their individual stories not exactly coinciding, and their demeanour and attire not suggesting rural Jamaica, the cops were seemingly left with no option but to gently take them in for processing. 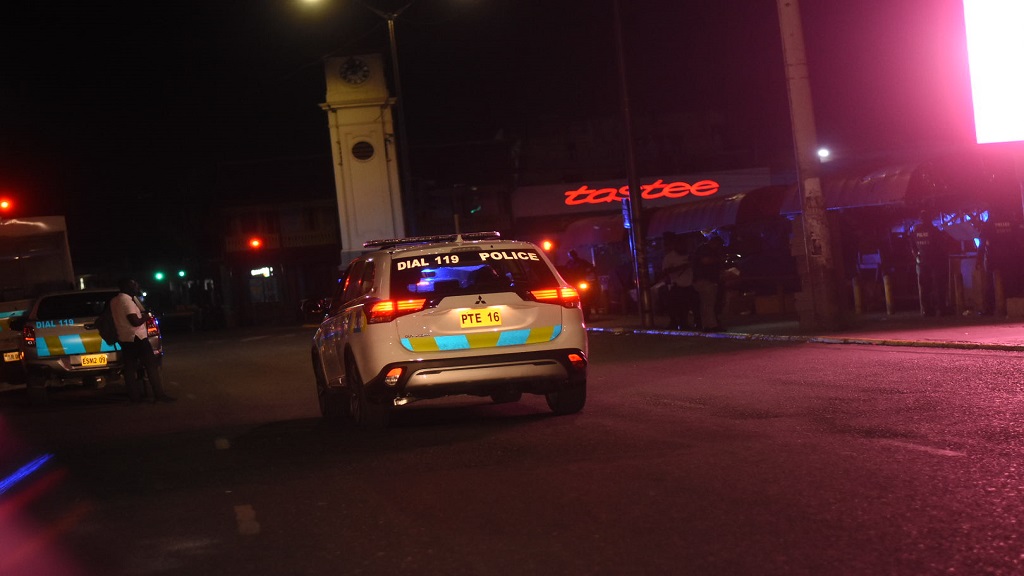 Policing during the curfew hours in Half-Way tree, St Andrew.