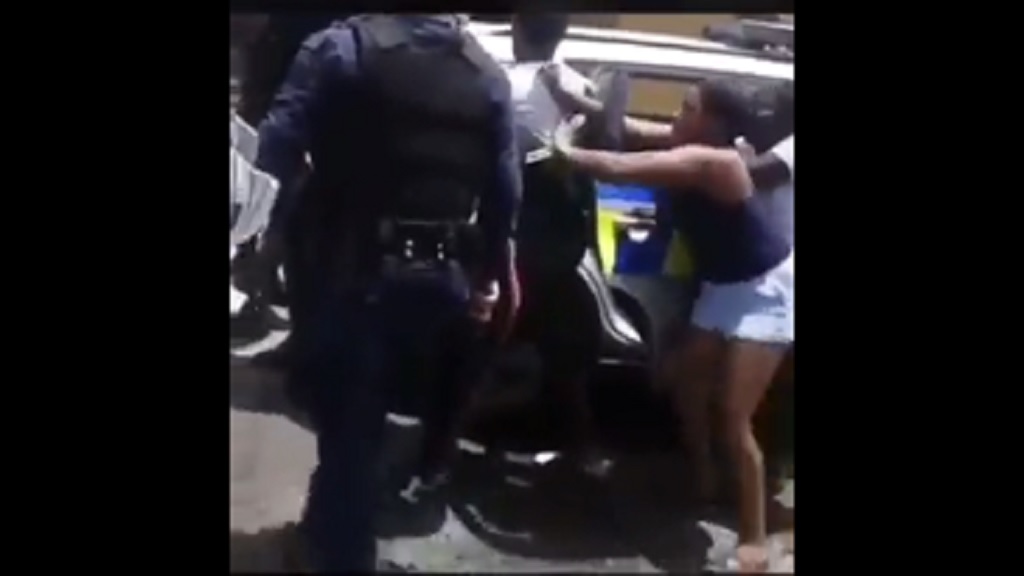 Screengrab of a video showing a suspect resisting arrest with the help of community members.

A police investigation has been launched to gather more information about a video that is circulating on social media showing a police officer, in the company of police/military colleagues, trying to arrest a man in a Corporate Area community.

The two-minute video, sections of which are carried below, shows the police officer engaged in a stand-off with residents of the community who are adamant that the man the cop is trying to arrest should not comply with instructions of the officers.

The officer who is trying to make the arrest eventually fires several shots in the air, but this does nothing to deter the residents who surround the police team and continue to hurl expletives while instructing the man not to follow the instruction of the officer.

The Police High Command has in the past issued several calls for citizens to comply with lawful instruction of the police in the execution of their duties.

Head of the Corporate Communications Unit (CCU) of the Jamaica Constabulary Force (JCF), Superintendent Stephanie Lindsay, in a past media interview, encouraged Jamaicans to know their rights and the correct protocols for arrest under the law.

Lindsay, in the past media interview, stated that the police may carry out an arrest for different reasons, such as to prevent an offence, to prevent the continuation of an offence, and to prevent escape.

She said that regardless of the circumstances leading to an arrest, the basic rights of the individual being arrested should be observed by the police at all times during the process.

“The police officer will carry out an arrest in three main ways… on view, which is when you detect an offence taking place… on information from a third party; that is, when someone comes to the police station and makes a report. There is an investigation and (an) arrest is made based on the information provided. We also conduct arrest on warrant,” Superintendent Lindsay explained.

Under Section 15 of the Constabulary Force Act, it is lawful for any constable, without warrant, to apprehend any person found committing any offence punishable upon indictment or summary conviction, and to take him before a justice to enquire into the circumstance of the alleged offence.