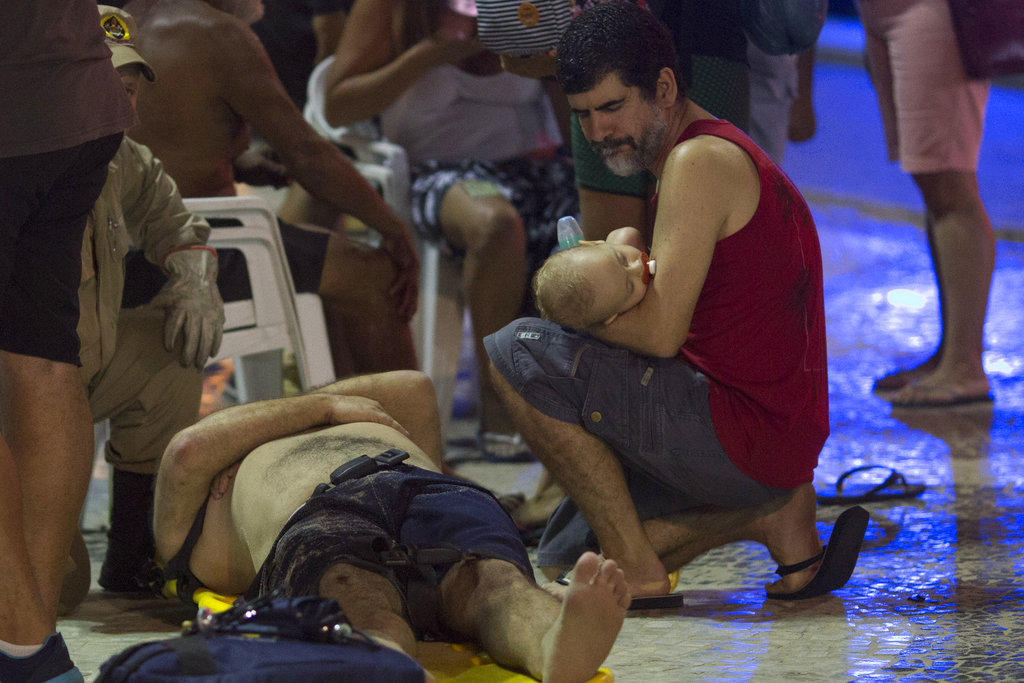 A motorist who says he lost control of his car drove into the crowded seaside boardwalk along Copacabana Beach in Rio de Janeiro on Thursday evening, injuring at least 15 people, authorities said.

Brazilian military police said in an e-mailed statement there was no indication that the incident was a terrorist attack. Several European and American cities have seen terrorist attacks in which drivers plowed into crowds.

Police have arrested the driver, who told them he had not been drinking but had lost control of his car. He also said that he suffered from epilepsy, according to the police statement.

The boardwalk along Copacabana beach was crowded with people on the hot summer night when the car jumped the curb.

A witness reported seeing at least one child among the injured, many of whom were knocked down and were treated initially where they lay on the ground. The car stopped in the sand after it apparently crossed the wide sidewalk that runs between the beach and a busy road.

The Latest: Parents of 13 children charged with torture

The Latest: 6 dead as high winds sweep across western Europe