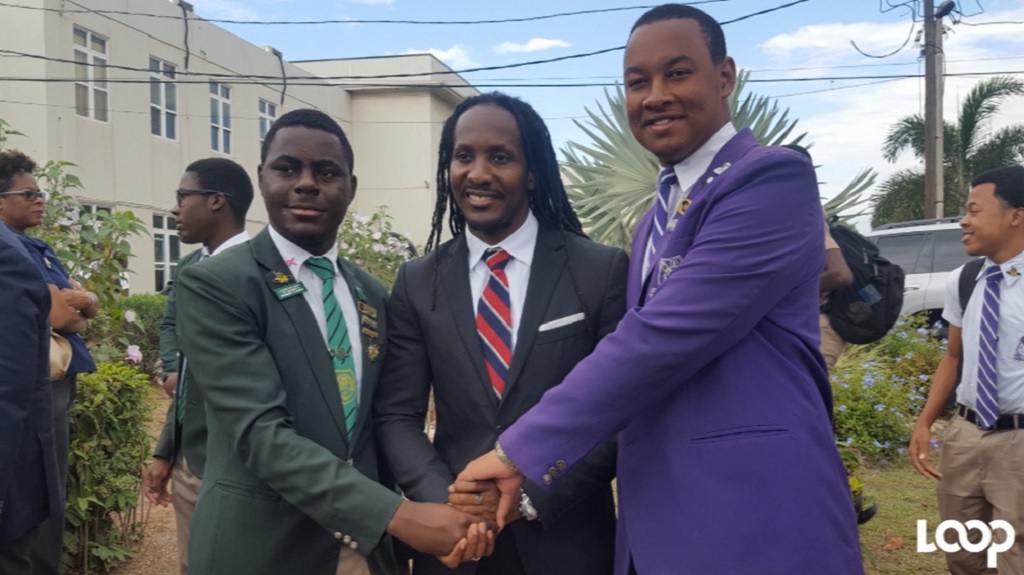 A Calabar High School delegation, led by acting principal Calvin Rowe, trekked to the compound of arch-rival Kingston College (KC) on Tuesday to offer an apology for the derogatory chant its students were caught making against KC in a viral social media video earlier this week.

The delegation included principal Albert Corcho, who is on a leave of absence, and headboy Andre McKenzie, who read the apology for the packed chapel at the North Street, Kingston campus of KC.

The apology was stipulated by the Calabar's board of directors as remedial effort after the viral videos showed Calabar students, in the presence of school administrators and teachers, chanting what is considered a Jamaican derogatory curse at KC. It took place during their devotion in the school's chapel.

KC had defeated Calabar in Boys' Champs on Saturday to end the Red Hills Road-based school's seven-year reign as champions of the island's top track and field high school event.

Among those who also delivered speeches during the morning devotion were State Minister in the Ministry of Education, Youth and Information, Alando Terrelonge; Opposition spokesman on education, Ronald Thwaites, KC principal Dave Myrie and Calabar's acting principal Calvin Rowe.

Terrelonge called on the boys from both institutions to show better unity while Thwaites told the chapel that Calabar's apology was a lesson for the nation.

Both Myrie and Rowe said they are in solidarity with each other, as ongoing discussions between them started Monday night, after the shameful videos were released.