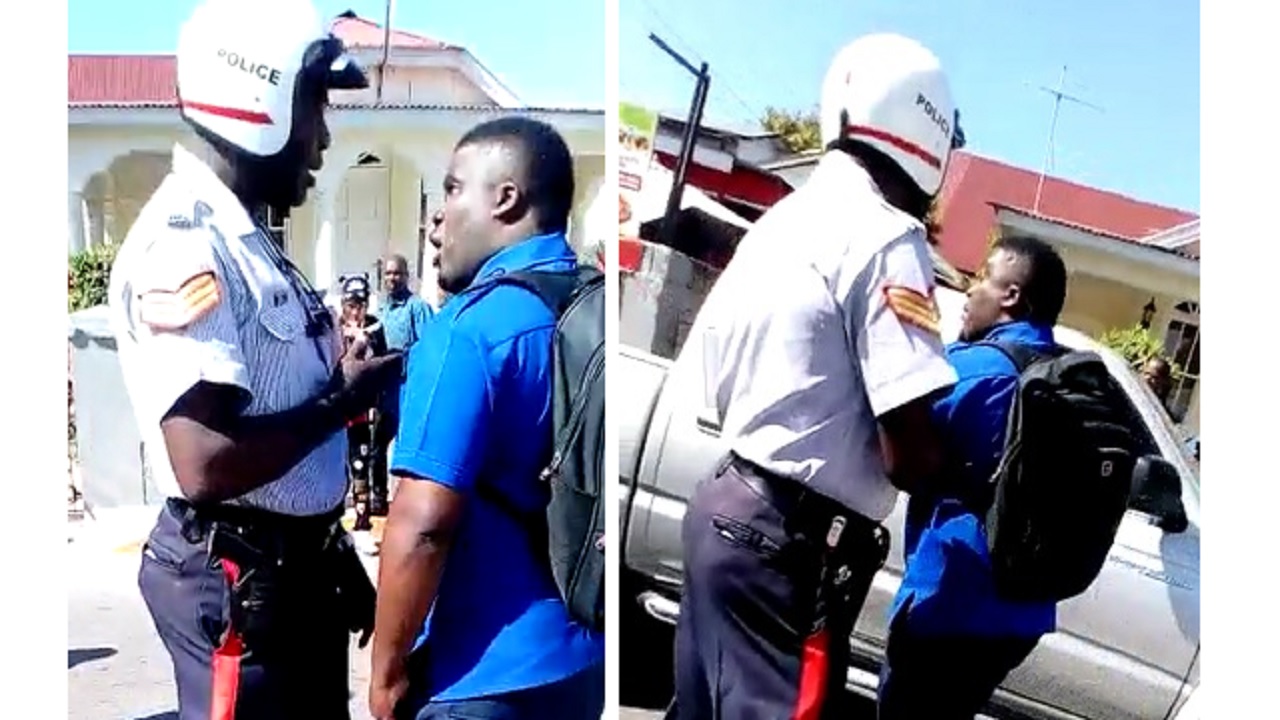 Screenshot of video showing a defiant bus driver defying orders from a cop in St James.

Police body cameras aren't yet widely used in Jamaica, but the proliferation of camera phones among civilians has allowed law enforcement officers to capture some of the controversial encounters they have with members of the public across the island.

It has allowed authorities the opportunity to give Jamaicans a better understanding of the disrespect they face daily while on the job.

The latest incident captured on video shows a police officer attempting to seize a bus in Falmouth, Trelawny for alleged traffic breaches. But instead of complying, the driver of the vehicle takes the key to the cop’s service motorcycle.

A two-minute video shows the officer warning the bus operator against leaving with his key, but the motorist in return issues his own threat to the cop.

“Officer, if you don't give me back my key, you not getting back your key, you don't know me sergeant, you can’t take my key; you mussi mad,” the motorists is heard telling the policeman in the video.

“Yuh bright and facety bout yuh tek man key out of bus,” he continues, before warning the cop that he’s not one to “play” around with.

“You don’t know me. Yuh can play with any other bus man but not me, sergeant,” the motorist warns the lawman.

It is unclear whether the motorist handed back the keys to the cop before he left the scene, but the incident is the latest in a string of videotaped encounters between police and unruly members of the public that has triggered shock and anger at the rampant indiscipline in society.