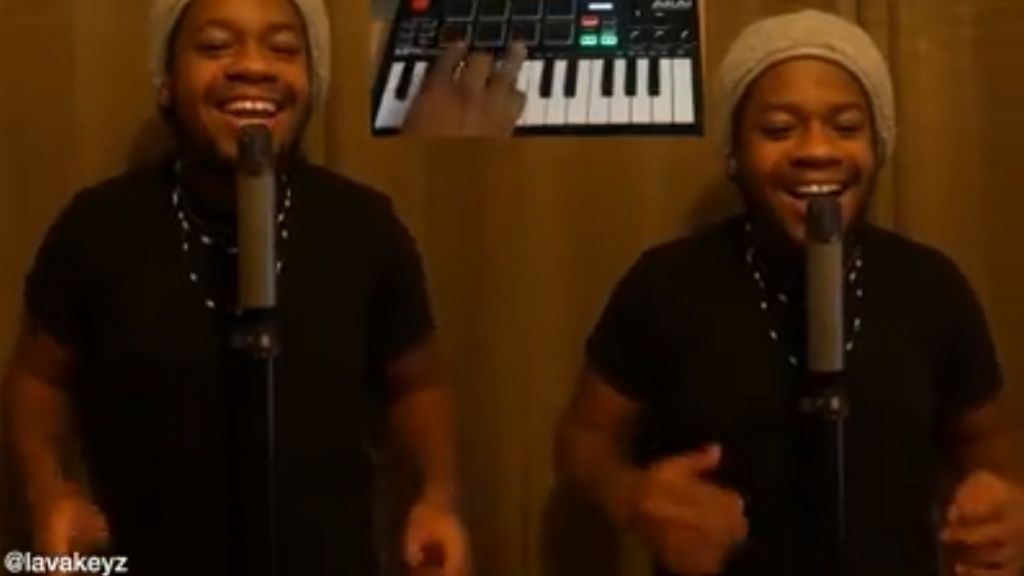 “Beyond the humour, I realized just how Caribbean that statement was and how many people, not just Jamaicans would be able to relate.”

These are the words of the 27-year-old musician, Beneil Miller who came up with the idea to turn the Honorable Dwayne Seymour’s advice to Cayman's Jamaican Community to stay home or “tan a yuh yaad if yuh waan live” into a song.

The less-than-sixty-second jingle, officially titled “Tan a yuh yaad” has already garnered thousands of views and hundreds of shares across Facebook, and in a time when everyone in Cayman desperately needs to smile— Miller has emerged as a hero in his own right.

“Music comes natural to me,” he explains. “This is what I do full time. When I’m not writing songs or arranging music I am teaching it, both in school and at my own business.”

“It’s infectious!” “I can’t stop playing it,” are some of the comments about “Tan a yuh yaad”.

Miller credits both his 19-year musical experience and his formal training at Berklee College of Music in Boston for how quickly the “vibe” of the Minister of Health’s words resonated with him.

He admits that, while he has developed a number of similar musical arrangements, this is the first time that he has used a phrase to create a song.

Did he know that the video jingle would go viral? Perhaps he had a hunch.

“I don’t work on a project unless I know it has potential,” Miller explains.

“After I finished editing it, I wanted to make sure that when I watched it, it made me laugh and it did. I knew it was ready to go.”

The Minister of Health’s effort at Jamaican patois, though directed primarily at the Jamaican community, endeared him to the entire country. There are such close ties between Cayman and Jamaica and residents are taking social distancing and the message of #stayhomecayman seriously.

Miller’s spirit and strong sense of patriotism have certainly been shining through his music, during a very difficult period in Cayman’s history.

Many artistes like Beneil Miller have found themselves in a vortex of creativity during this crisis. Case in point— “Tan a yuh Yaad” was a follow up to his rendition of Cayman’s national song that has gotten very positive reviews on social media and beautifully concluded yesterday’s press briefing.

Although Miller realizes the importance of the curfew, he can’t wait for it to be lifted to start making moves with his band Kuhyah.  In the meantime, one could say this young man is single-handedly grabbing the #stayhomecayman campaign by the scruff of the neck, musically at least.

When Caymanian and Jamaican sayings "buck up"