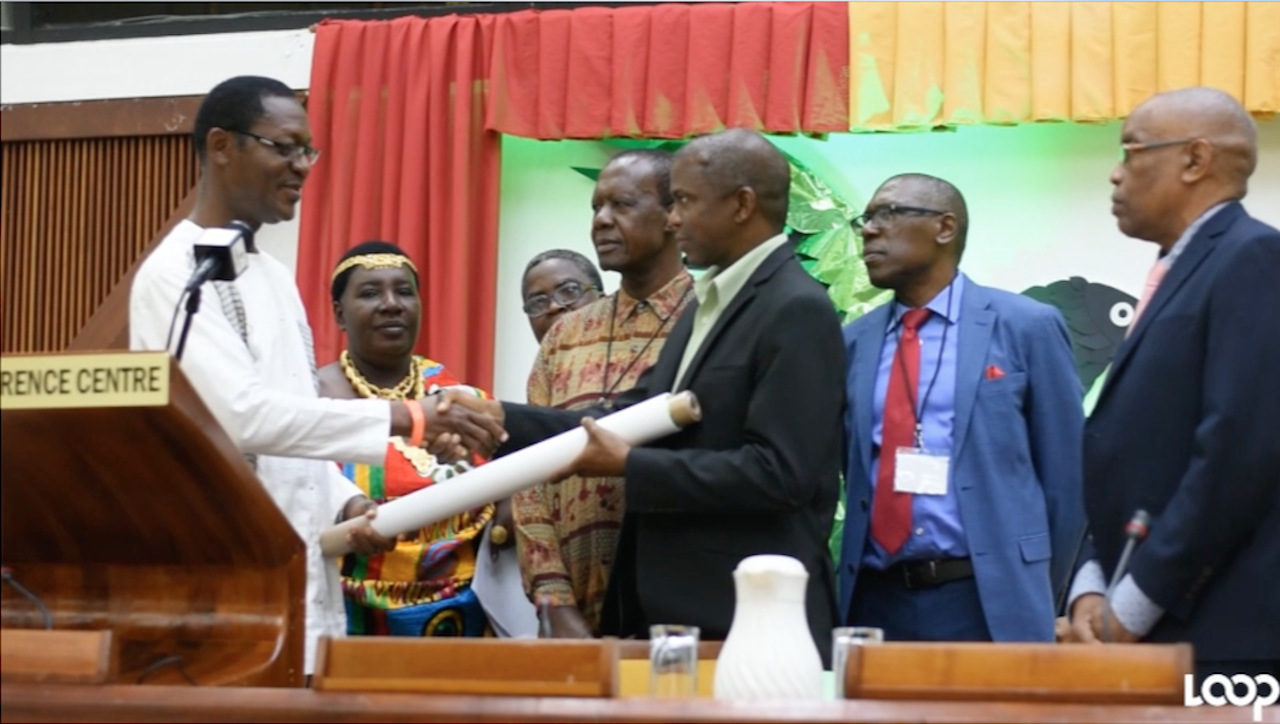 African religious leaders on Wednesday made an apology to Jamaicans and the world, at the Jamaica Conference Conference Centre in Kingston, for the role their forefathers played in the trans-Saharan and transatlantic slave trade centuries ago.

Led by Chairman of the African Forum on Religion and Government (AFReG), Professor Delayno Adadevoh, the leaders asked for forgiveness and made a number of promises, to work for the betterment of humanity.

The leaders were guests of the Jamaica Christian Diaspora Conference and also in attendance were members of the Queen Mothers Association of the Central Region of Ghana, which is led by Nana Dr Ama Amissah III.

Also, representatives from a number of Jamaica's ministries and agencies attended the event.

According to Professor Adadevoh, members of AFReG agree and support those individuals who fought against all forms of slavery during the 300 years that the slave trade existed.

While apologising to Africans, as well as the African diaspora in the Americas and elsewhere,  Adadevoh asked for repentance for the inhumane and painful experience of the slave industry.

The slave trade started during the 1400s and ended in the 1700s, during which European countries legalised the enslavement of Africans in their various colonies, in industries such as sugar and cotton.

African delegation to Jamaica to apologise for tribes' role in slavery

Black Twitter roasts Kanye for 'slavery is a choice' comments