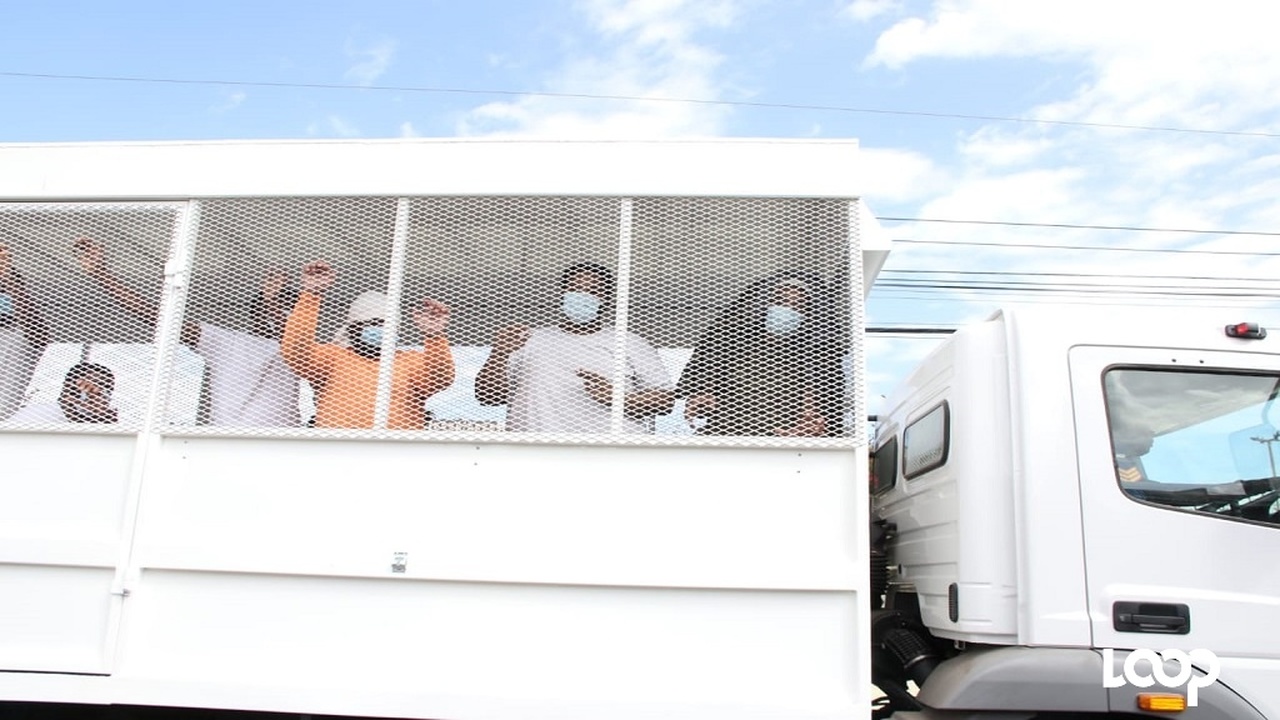 Returned residents inside the back of a police truck as it arrives at a St Andrew quarantine facility on Tuesday.

Forty-six deportees arrived in Jamaica from the United States on Tuesday amid concerns over their health status as the Caribbean nation battles COVID-19.

The returned residents arrived at the Norman Manley International Airport (NMIA) in Kingston in the afternoon and were transported in three police trucks to a St Andrew hotel, where they will be quarantined for 14 days as a precaution against the spread of the coronavirus.

On this occasion, the welcoming parties we have become accustomed to when deportees arrive into the country were none existent.

In fact, the Loop News team observed just two persons at the quarantine facility apparently waiting to greet one of the returned residents. The male and female shouted the name of the deportee, who answered and made his way to the meshing of the truck to view them.

The deportation of the Jamaicans from the country with the most COVID-19 infections in the world triggered health concerns among locals, with the government being criticised for allowing them to return home while the country’s borders are closed due to the coronavirus pandemic.

Concerns about the deportations were also raised when the Guatemalan government disclosed that many of the persons who were sent back to that country had tested positive for the coronavirus. 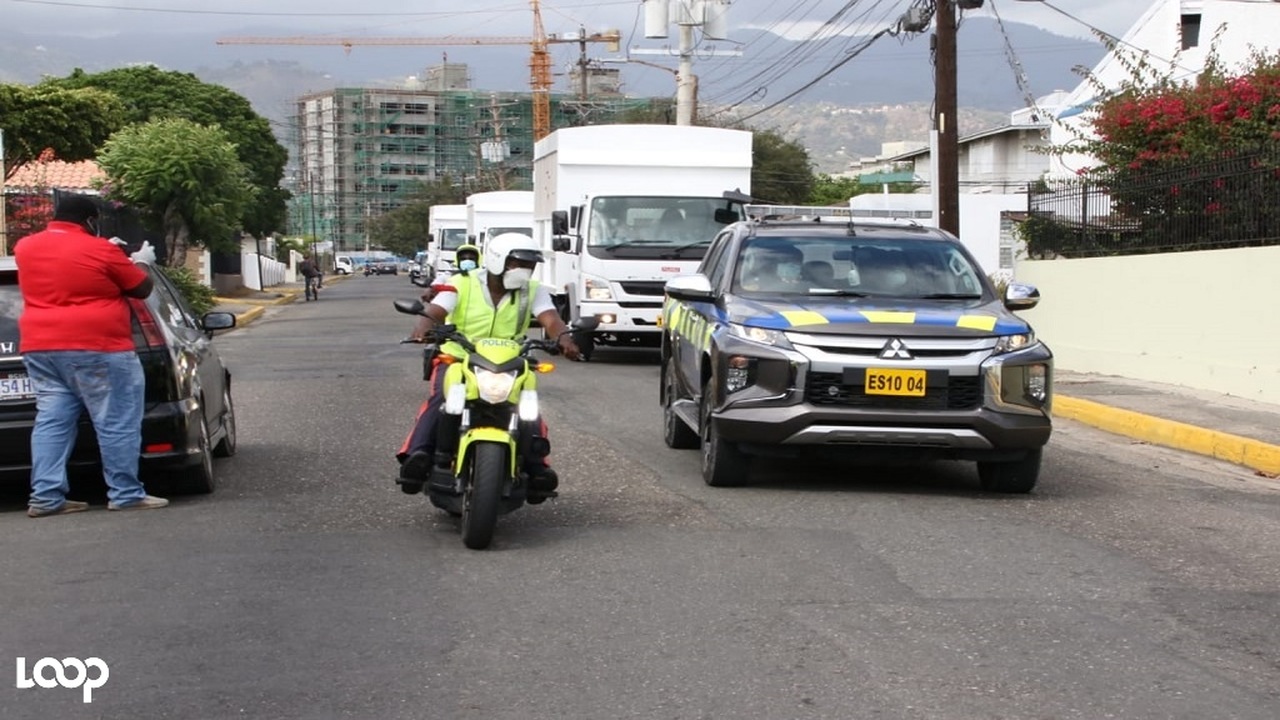 However, both the Jamaican government and the United States Embassy in Kingston have sought to assure that the deportees will not pose a health risk.

The Ministry of National Security has indicated that it has put measures in place to facilitate the “safe return and accommodation” of the deportees. It said that while under quarantine, the deportees will be screened twice daily by medical officers assigned by the Ministry of Health. At the end of the quarantine period, the deportees who are cleared by health officials will be released to family members.

A number of privately-owned hotels have allowed the government to use their properties as quarantine facilities and hospitals amid the national fight against COVID-19.

Prime Minister Andrew Holness announced Monday at a press conference that the closure of the borders will continue until May 31. However, he said there will be controlled re-entry of Jamaican nationals during the period.

COVID-19: Deportees arrive from US

COVID-19: Concerns linger as deportees set to arrive in Jamaica