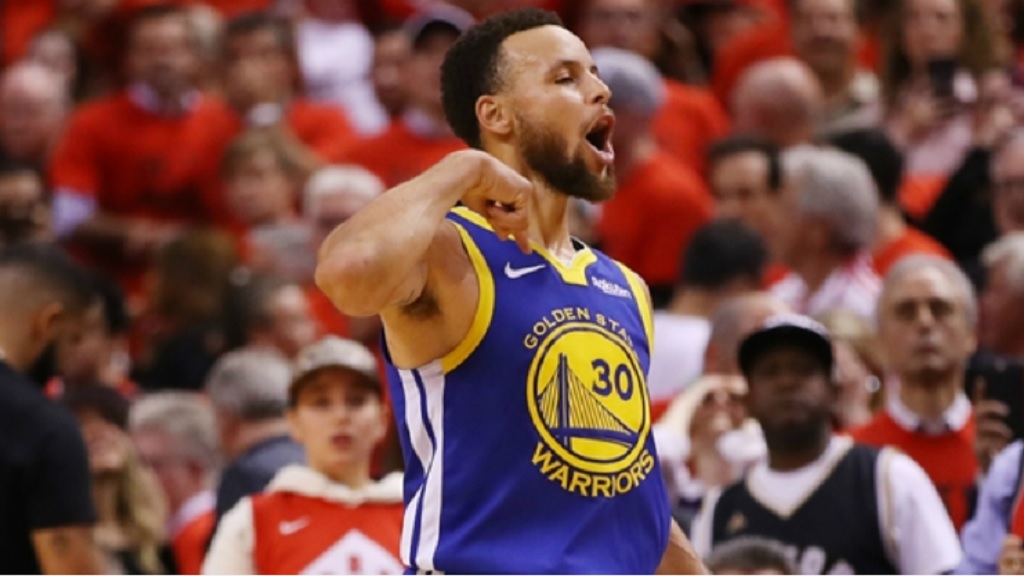 The Golden State Warriors stayed alive in the NBA Finals after edging the Toronto Raptors 106-105 in Game 5.

Despite losing Kevin Durant to injury in the second quarter, the Warriors stopped the Raptors from claiming their first championship on Monday.

Kyle Lowry was one shot away from sealing a 4-1 series victory and a maiden title for the Raptors, however, he failed to sink a last-gasp three-pointer.

Instead, the Warriors return to Oracle Arena on Thursday only trailing 3-2 in their bid for a three-peat.

The top storyline entering the night was the comeback of Durant, who returned from a calf strain for his first appearance in 32 days.

Durant started off hot, scoring 11 points in his first 12 minutes on three-of-five shooting. But he appeared to re-aggravate his injury early in the second quarter.

He was assisted off the court and did not return in the contest – leaving Scotiabank Arena on crutches.

Kawhi Leonard ended up stealing the show, finishing with 26 points and 12 rebounds. His personal 10-0 run in the fourth quarter was crucial for the Raptors down the stretch.

Five other Raptors were double-digit scorers, but it was not enough to stop the two-time defending champions.

He was trailed by Klay Thompson's 26 points and seven three-pointers, while Draymond Green flirted with a triple-double once again.