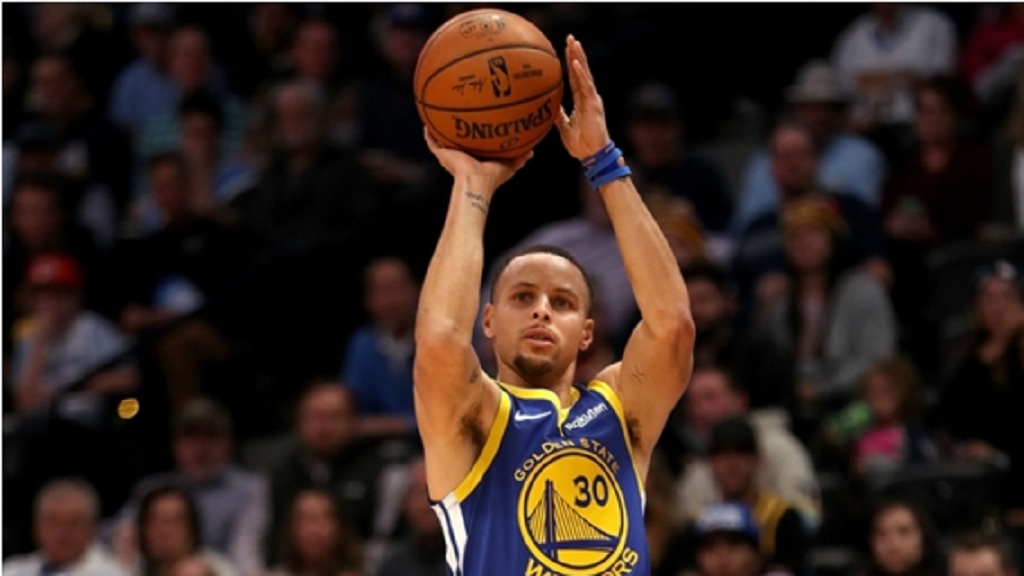 Golden State knocked down a franchise-record 10 three-pointers in the first quarter on Tuesday.

The Warriors (30-14) opened the game with 51 first-quarter points - a record in the NBA - as they eased past the Nuggets (29-14) to claim top spot in the Western Conference.

Stephen Curry and Klay Thompson both scored 31 points, leading all scorers. Kevin Durant finished with 27 points and made five three-pointers.

The trio combined for 18 of the team's 21 makes from beyond the arc on the night.

Malik Beasley scored 22 points on eight-of-14 shooting for the Nuggets while Jamal Murray chipped in 21.

Joel Embiid totalled 31 points and 13 rebounds as the Philadelphia 76ers dominated the Minnesota Timberwolves 149-107. Jimmy Butler had 19 points in his first game since being dealt by the Timberwolves following his trade request.

Russell Westbrook scored 31 points and dished out 11 assists but the Oklahoma City Thunder fell to the Atlanta Hawks 142-126.

Milwaukee Bucks star Giannis Antetokounmpo only took nine shots, but recorded a triple-double with 12 points, 10 rebounds and 10 assists in a 124-86 victory over the Miami Heat.

De'Anthony Melton managed to put up three points on one-of-seven shooting in the Phoenix Suns' 131-97 loss to the Indiana Pacers.

The Boston Celtics were considered favourites to come out of the Eastern Conference at the start of the season, but the Toronto Raptors have the best record in the NBA. The Celtics have struggled to find their chemistry, while the Raptors have improved significantly after the addition of Kawhi Leonard. These teams could meet again some time in the postseason.