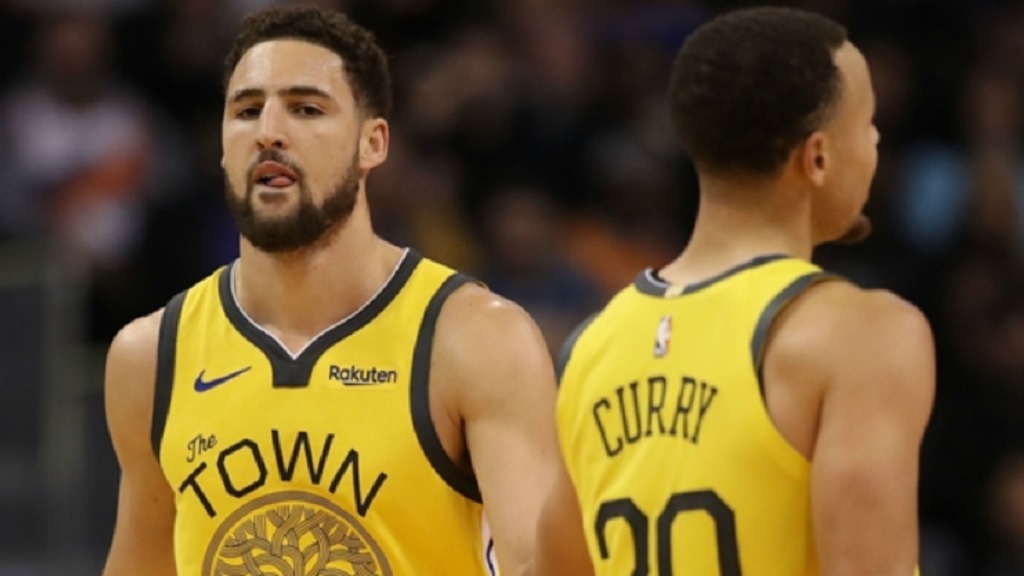 George Floyd – an African-American man – died in Minneapolis after a police officer was filmed kneeling on his neck during an arrest last week.

Violent protests have broken out across the United States since Floyd's death, during which he was filmed crying out for help as he was handcuffed and pinned to the ground.

Three-time NBA champions Curry and Thompson were among Warriors players to march in the Walking in Unity protest event, along with team-mates Damion Lee and Kevon Looney.

Warriors forward Juan Toscano-Anderson organised the rally and said: "No matter the colour of your skin, how much money you got, your education, it don't matter, we're all human beings.

"We're all here for the same purpose. Not just for black people. Right now it's about black people, but for humanity. There are people all over the world being oppressed.

"And we're just trying to take a step in the right direction and start something – me and my boys, my brothers. Thank you guys for being here."