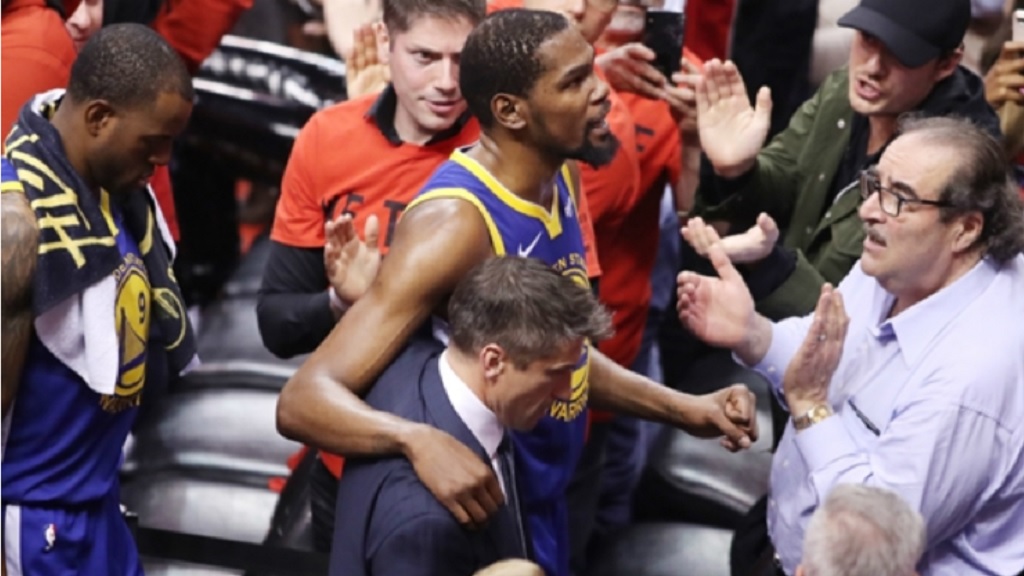 Kevin Durant left Scotiabank Arena on crutches after appearing to re-aggravate his leg injury during the Golden State Warriors' NBA Finals clash with the Toronto Raptors.

Warriors star Durant – making his long-awaited return from a calf injury – had to be helped off the court in the second quarter of Game 5 in Toronto on Monday.

Durant attempted to drive to the basket with less than 10 minutes remaining before half-time. He went down, grabbed his leg and was helped off the court by trainers.

The 30-year-old then headed back to the locker room and was joined by team-mates Stephen Curry and Andre Iguodala.

Durant – who will undergo a MRI on Tuesday – was then seen leaving the arena on crutches in a walking boot, with the Warriors trailing 3-1 in the Finals series.

Raptors fans initially cheered as Durant was leaving the floor. But, they quickly followed with a "KD" chant.

Durant strained his calf in the Warriors' second-round series against the Houston Rockets and missed the next nine games.

He returned in the potential decisive matchup of the NBA Finals in Toronto and played 12 minutes before the injury.