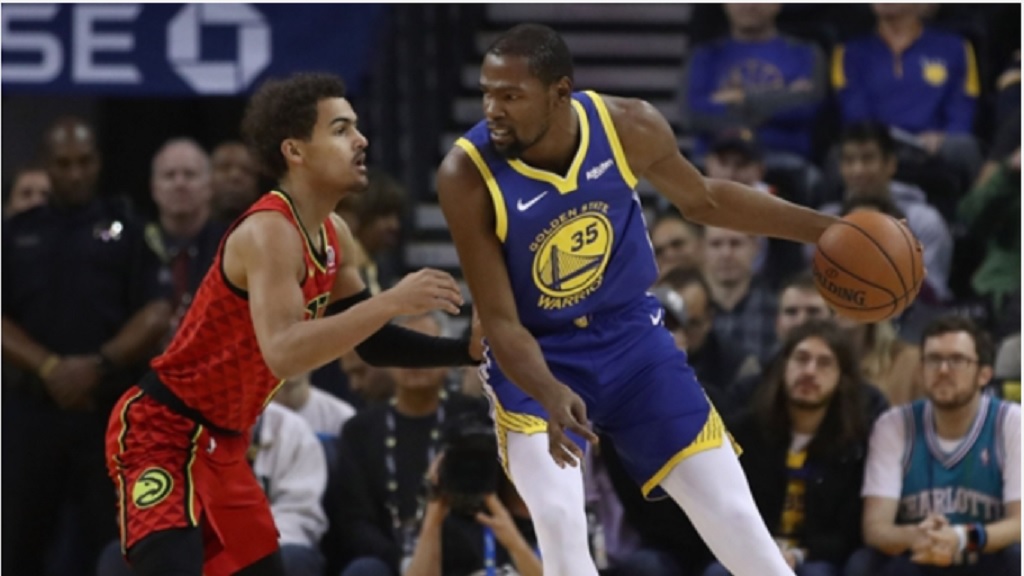 The Golden State Warriors took down the Atlanta Hawks 110-103 behind 29 points from Kevin Durant and 24 from Klay Thompson on Tuesday.

Stephen Curry (groin) missed his third straight game and Draymond Green was kept off the floor as he was suspended for one game for "conduct detrimental to the team".

Green got into an altercation with Durant on the court during Monday's loss to the Los Angeles Clippers and Warriors brass believed he went too far, so they suspended him.

The Warriors, though, still earned their 12th win of the season with the victory over the Hawks.

Taurean Prince finished with 22 points, four rebounds and four assists in the losing effort for Atlanta.

Rockets center Clint Capela scored a season-high 24 points on 11-of-15 shooting while grabbing nine rebounds in a 109-99 win over the Nuggets.

Cavaliers center Tristan Thompson scored 11 points on five-of-six shooting, but it was his 21 rebounds that really stood out in Cleveland's 113-89 win over the Hornets.

Hornets guard Kemba Walker could not buy a shot for most of the night in the loss to the Cavaliers. He finished with a season-low seven points on two-of-16 shooting.

It is Jimmy Butler time for the 76ers (9-6) as the recently traded wing player will suit up for Philadelphia for the first time this season. The 76ers are in third in the Eastern Conference while the Magic (6-8) are in ninth.