Warriors beat TKR to finish first round with a perfect record 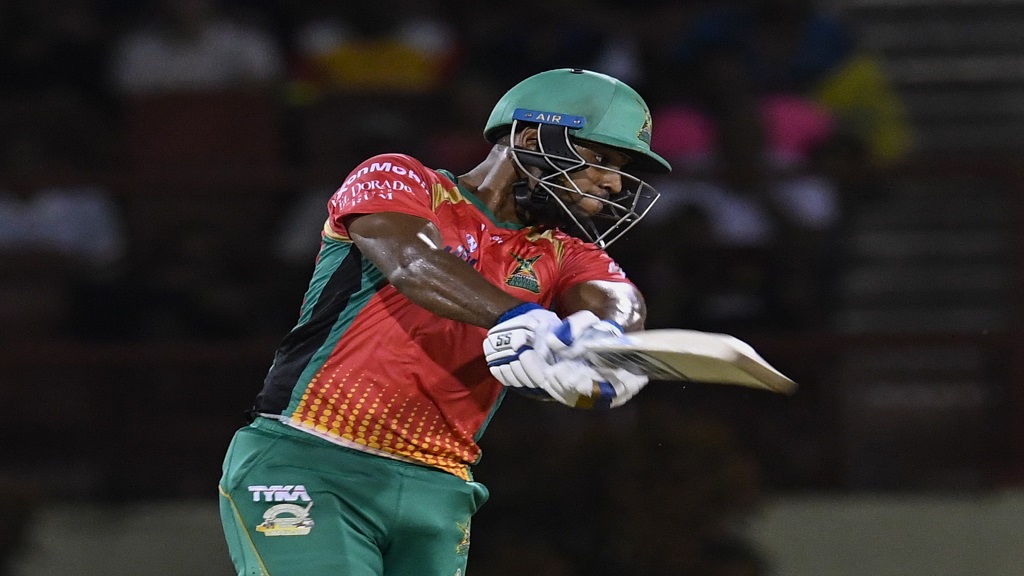 Sent into Bat, Trinibago Knight Riders made 143 for five and Guyana Amazon Warriors replied wit 144 for three to win the match by seven wickets,

The Knight Riders defeat means they will now play St Kitts & Nevis Patriots in the Eliminator match for a chance to make it to the semi-final. The Amazon Warriors will face Barbados Tridents with the winner of that match going straight to the final.

The Amazon Warriors had success in the third over of the match when they dismissed Javon Searles for one from five balls. The Knight Riders have struggled to find an opening partner for Lendl Simmons after Sunil Narine suffered injury. This was not a successful experiment with Searles never really getting going and was bowling by Chandrapaul Hemraj. 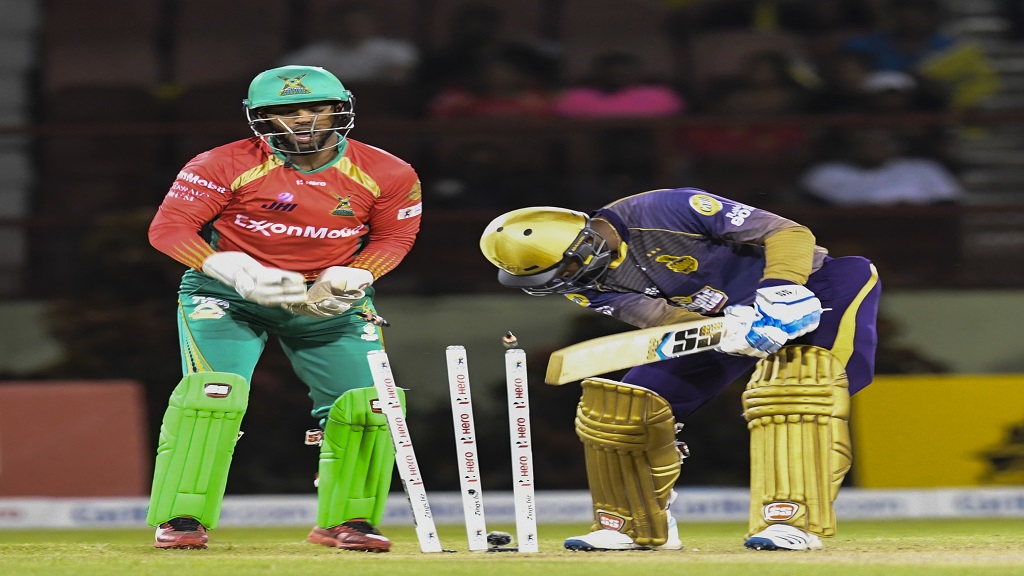 When Denesh Ramdin came in at three and lasted just one ball, with a wide from Hemraj the only thing that prevented him from making it two wickets in two balls. Ramdin also had his stumps rearranged when an arm ball from Hemraj made it through his defenses. That left TKR 19 for two in the third over and looking to Simmons, their leading run-scorer this season to rescue their innings. He looked to be finding his flow before he too found himself on the receiving end of a Hemraj ball that skidded on bowling Simmons for 30 from 24 balls.

That brought Darren Bravo to the crease, but he also found the Guyana spinners tough to get away, eventually skying a catch to Shimron Hetmyer at long-off for nine from 17 balls. That left the Knight Riders 63 for four in the 11thover and in need of a partnership.

It was Colin Munro and Kieron Pollard who brought some respectability to the Knight Riders total with a partnership worth 39, which took the visitors’ total passed 100. It was the wicket of Munro, which broke that stand when he hit Ben Laughlin down the ground and was well caught by Hetmyer for 36 from 27 balls. Some lusty blows from Jimmy Neesham at the end of the innings pushed the total passed 140.

That did not look like it was enough, especially as Brandon King and Hemraj put on 35 for the first wicket. When Hemraj lost his wicket to Chris Jordan it started something of a collapse with the Warriors losing three wickets for 24 runs before a short rain delay took the players from the field.

When playresumed it was Shoaib Malik and Nicholas Pooran who steadied the ship. It was a matter of accumulating runs before a remarkable assault from Pooran took him to 54 not out from just 35 balls to take the Warriors to their 10thwin in 10 matches. The Pooran-Malik stand was worth 85 unbeaten runs and ended up being the difference between the two sides.

Malik was undefeated on 28.