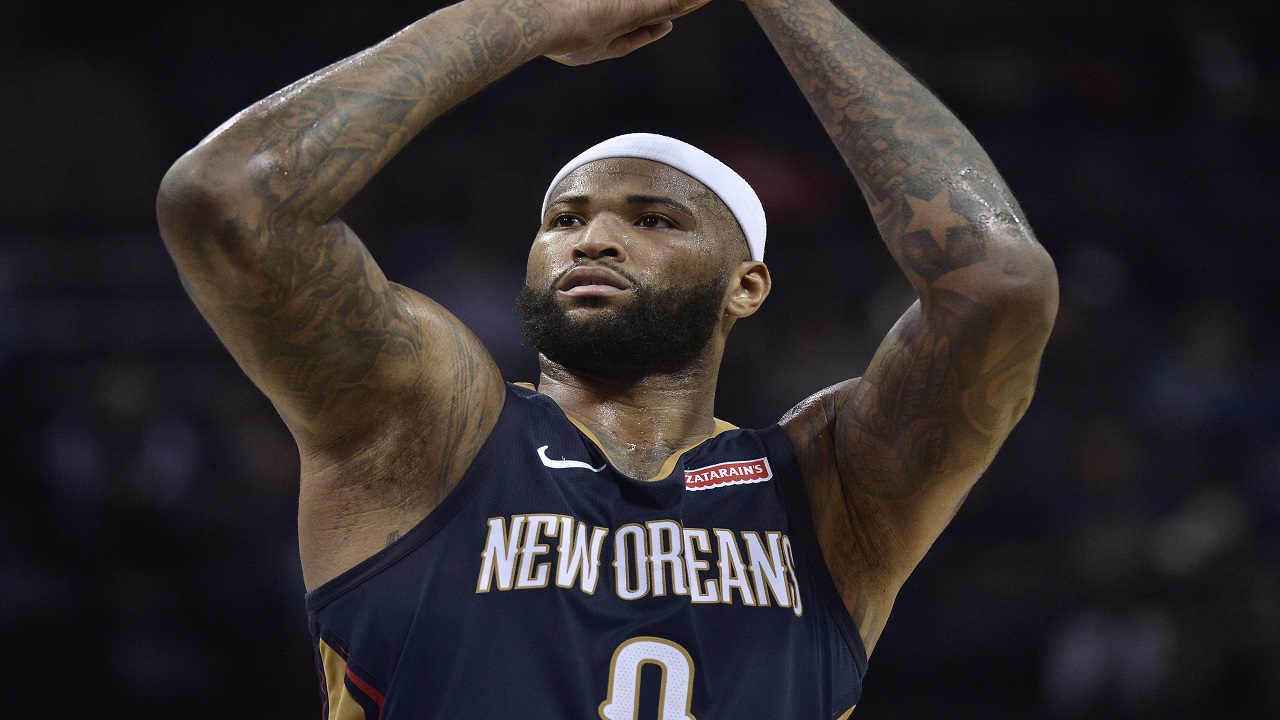 As he has long desired, DeMarcus Cousins will finally get a chance to play for a winner once he's healthy from a torn left Achilles tendon.

When Boogie returns to the court this season, the volatile big man will give the Golden State Warriors five 2018 All-Stars in their starting lineup to chase another title — with Cousins trying for his first after never appearing in the playoffs. The center, who has had his problems with technical fouls, will sign with the two-time defending champions after the moratorium period is lifted Friday, a person with direct knowledge of the deal told The Associated Press on Monday night. The person spoke on condition of anonymity because the contract is yet to be completed.

Cousins' Pelicans lost to the Warriors in a five-game Western Conference semifinals while Cousins was injured. The 27-year-old Cousins played in New Orleans for coach Alvin Gentry, a top assistant for Steve Kerr when the Golden State won the 2015 championship — the franchise's first title in 40 years — and still a close friend and confidant of Golden State's head coach.

Cousins tore his Achilles in late January and underwent surgery. He has posted regular updates on social media with the hash tags "The Resurgence" and "0 Doubt."

"I been grinding since a youngin in the trenches this ain't nothing new to me," he wrote last month on Twitter.

According to the Elias Sports Bureau, the Warriors would be the first team since Boston in 1975-76 to play five All-Stars from the previous season at the same time. That group was Jo Jo White, Charlie Scott, Dave Cowens, Paul Silas and John Havlicek.

Durant has again agreed to a two-year deal with a player option to sign a more a lucrative contract next summer, which also provides the Warriors financial flexibility as general manager Bob Myers builds the roster to go after another title. Golden State will play its final season at Oracle Arena in Oakland before a move to new Chase Center in San Francisco's Mission Bay neighborhood.

The Warriors lost center JaVale McGee on Sunday to the Lakers, who landed LeBron James with a $153.3 million, four-year contract as the NBA's free agency period began.

Green, for one, is a huge fan of Cousins.

"He's incredible. He can score the ball," Green said in January 2017 at Sacramento when Cousins was still with the Kings. "I think DeMarcus is the best center in the game. A lot of times people don't give him that credit. A part of it is they try to downplay his status because of his reputation or getting technical fouls or things like that. He is the best big man in the game hands down. It's always interesting to watch, interesting to play against, interesting to play with, because he's so incredibly talented."