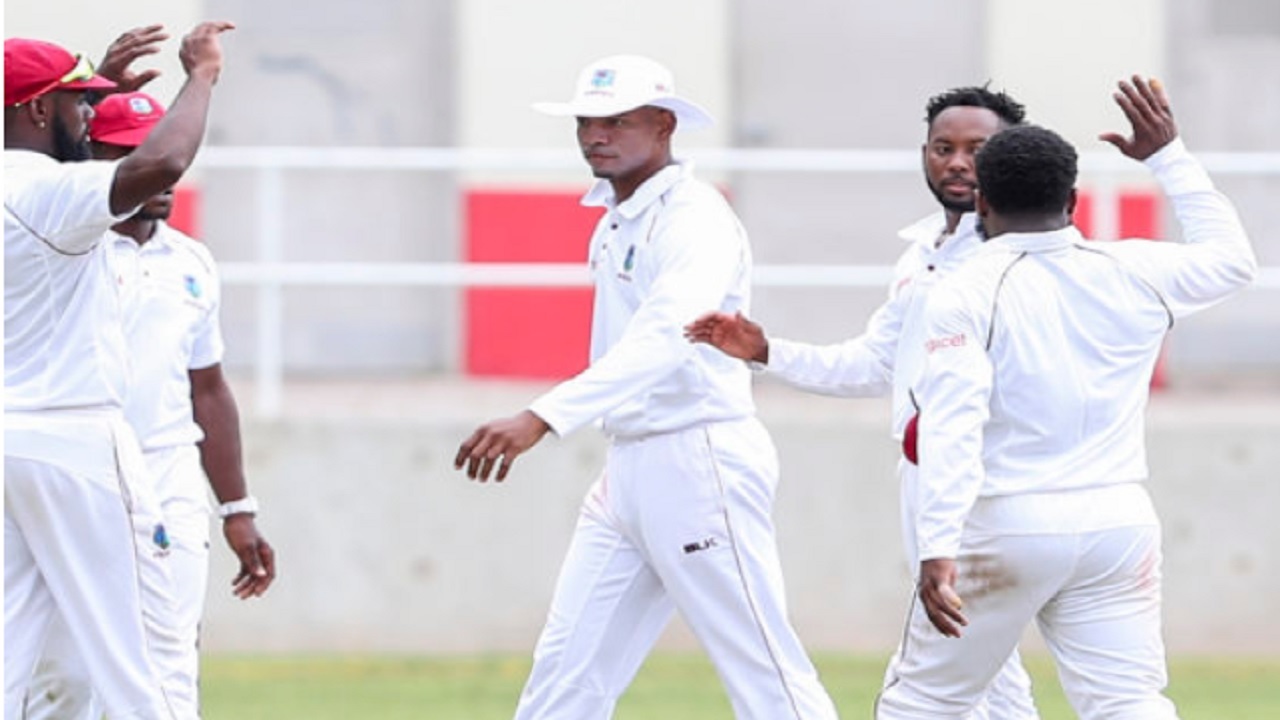 West Indies A are in control against England Lions heading into day two of the second four-day "Test" at Sabina Park on Monday.

The Windies will resume their first innings at 159 for four after bowling out England Lions for 145 on Sunday's first day.

The opening day belonged to Jomel Warrican enhanced his claims for higher duty with a career-best bowling spell before the batsmen carried West Indies A to a narrow first innings lead lead.

The left-arm spinner exploited a helpful Sabina Park pitch to follow up his seven wickets in the second innings of the first “Test” with 8-34 from 20 overs, as the Lions were bowled out for less than 150 about half-hour before tea, after they were put in to bat.

Windies A captain Kieran Powell then struck 59 and shared two significant stands with fellow left-handed opener John Campbell and Leeward Islands Hurricanes teammate Jahmar Hamilton to propel the hosts to 159 for four in reply at the close.

Powell struck nine fours from 83 balls in close to two hours at the crease, but he was one of the batsmen dismissed, as leg-spinner Liam Livingstone snared 2-51 from 16 overs and left-arm spinner Jack Leach grabbed 2-53, also from 16 overs, to keep the Lions in the game.

Campbell made 47 and shared 72 with Powell for the first wicket before he was caught at close in off Leach.

The wickets of Jermaine Blackwood caught at slip off Leach for six and Shamarh Brooks bowled by Livingstone one saw West Indies A slide to 87 for three.

But Powell dominated a stand of 41 with Hamilton, raising his 50 in the process, but just when it looked like he was set to get into higher gear, he gave a return catch to Livingstone.

This left first “Test” century-maker Shane Dowrich, not out 20, and Hamilton, not out 17, to bat through the remaining half-hour before the close.

But once Warrican had Hameed stumped for 23 and Nick Gubbins caught at slip for a first-ball duck off successive deliveries in his first over, the floodgates open and wickets tumbled at regular intervals.

Rahkeem Cornwall grabbed the scalp of Jennings lbw for 28 before Warrican bowled Livingstone for a duck and had Alex Davies caught at slip for four, as Lions reached 85 for five at lunch.

After the interval, Warrican struck with the fourth delivery, when he had Paul Coughlin caught at slip for a duck and he bowled unchanged until the innings closed.

But he and the rest of the A Team’s bowlers found resistance along the way from Joe Clarke with 56 that included seven fours from 114 balls in a shade over two hours before he was the last man dismissed, when he was bowled by Warrican.

Both sides made one change: West Indies A brought Jahmar Hamilton in to replace Vishaul Singh, and Lions swapped Ben Foakes for Alex Davies.

West Indies “A” lead the three-match series 1-0, after winning the first “Test” which ended last Sunday by two wickets at the Trelawny Multipurpose Complex on the Jamaica north coast.