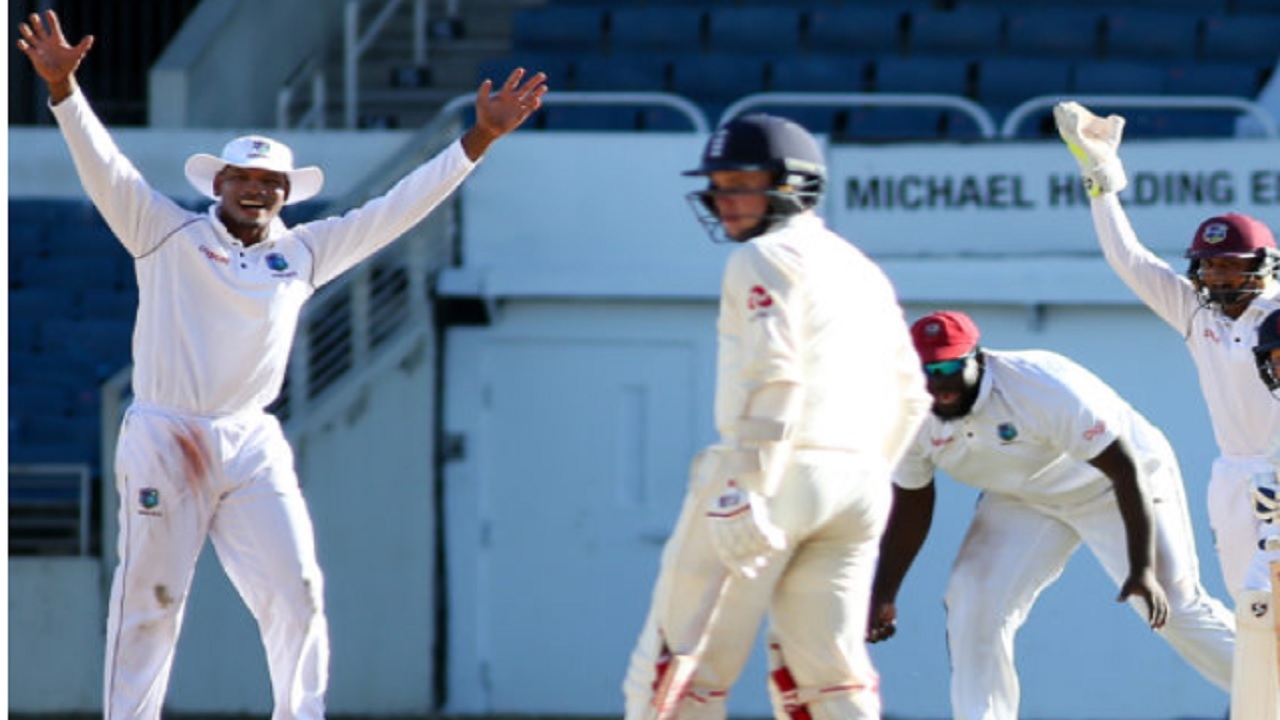 West Indies A defeated England Lions by an innings and 17 runs in their second four-day "Test" at Sabina Park on Tuesday to take an unbeatable 2-0 series lead in the series.

Left-arm spinner Warrican bagged 4-69 from 27.2 overs to end with match figures of 12-103, making him a shoo-in for the Player-of-the-Match award, and off-spinner Cornwall supported with 4-88 from 38 overs, as the Lions were bowled out for 260 in their second innings about half-hour before the scheduled close on the third day of the match.

Several of the Lions’ batsmen got starts without carrying on – Liam Livingstone leading the way with 48, Paul Coughlin supporting with 47, Jack Leach made 29, Mason Crane got 25, Nick Gubbins added 22, Alex Davies scored 21 and their captain Keaton Jennings contributed 20.

The result followed a two-wicket victory for the hosts in the first “Test” which ended last Sunday at the Trelawny Multipurpose Complex on the Jamaica north coast.

West Indies A had an encouraging start to the day, as the England Lions slumped to 104 for five at lunch, after they resumed from their overnight total of 34 without loss.

Jeremiah Louis engineered the run out of Hameed for 18 in the fourth over of the day, and he was followed on the stroke of half-hour by Jennings lbw to Cornwall.

Joe Clarke was bowled for six by left-arm fast-medium bowler Raymon Reifer five overs later, and Warrican got into action when he trapped Gubbins lbw three overs later and had Davies caught close in two overs before the interval.

After lunch, Windies A saw the first signs of stiff resistance from the Lions, when Liam Livingstone and Paul Coughlin combined for a stand of 81 for the sixth wicket.

But Cornwall struck in successive overs to remove Livingstone caught by Louis in the deep and Toby Roland Jones lbw for two to leave the visitors on 185 for seven.

Further resistance when Jack Leach, the England Lions bowling hero in the series, came to the crease and shared two useful stands with Coughlin and fellow spinner Mason Crane.

Coughlin stuck around with Leach to carry the Lions to 205 for seven at tea before he was lbw to Cornwall in the fourth over after the break.

Leach remained to take the English side past the 250-mark in a stand of 43 with Crane before Warrican bowled him and had James Porter lbw for a duck in successive overs to bring the innings to a close.

The series now shifts to Antigua, where the third and final “Test” will be contested from February 26 at the Vivian Richards Cricket Ground.

Hamilton, Reifer give Windies A big lead over England Lions