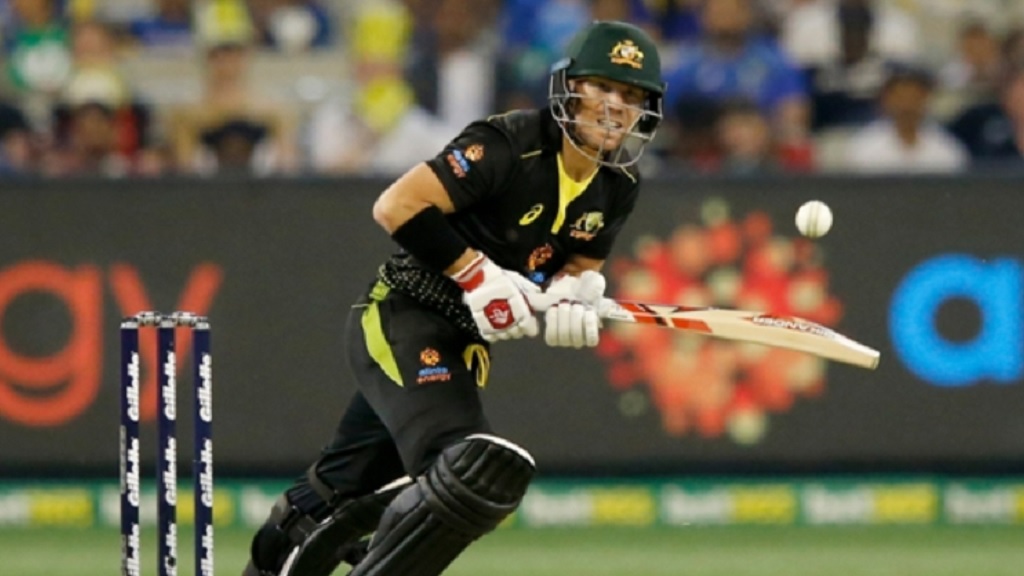 David Warner at the MCG.

Peerless David Warner concluded a dominant Twenty20 series with another half-century as Australia made it three wins from three with a seven-wicket defeat of much-improved tourists Sri Lanka.

Australia clinched the series after just two matches following a pair of dismal Sri Lanka showings, before the 3-0 whitewash was sealed on Friday in more testing circumstances.

Sri Lanka had failed to reach three figures in the opener as their hosts celebrated a record win before their batting effort in a nine-wicket second reverse was condemned as "unacceptable" by coach Rumesh Ratnayake.

A total of 142-6 at the MCG was therefore encouraging, with Kusal Perera top-scoring by making 57 - his side's first 50 of the series.

Yet that tally was still never likely to be enough to stop an Australia outfit powered by the resurgent Warner, who followed up knocks of 100 not out and 60no with an unbeaten 57, completing the chase on 145-3 with 14 balls to spare.

Playing for his country for the first time since a dismal Ashes series with the bat, Warner led the way in all three matches without losing a wicket on his return to a shorter format, with T20s and Tests against Pakistan now next up later this month.

It had appeared Sri Lanka might be set for further humiliation when Niroshan Dickwella departed for a golden duck in the first over, but Kusal Mendis (13) and Perera steadied the ship.

Ben McDermott had taken a simple catch for the breakthrough off Mitchell Starc's (2-32) bowling, and the next two wickets - Kane Richardson (2-25) removing Mendis, and Pat Cummins (2-23) prising out Avishka Fernando (20) - also landed kindly in the lap of the Tasmania star.

Yet Sri Lanka still did not crumble, thanks largely to Perera, who responded in a partnership with Oshada Fernando that plundered 23 off 14.

Cummins finally got rid of Perera, directing to extra cover, in the 17th over, but some solid late work from Bhanuka Rajapaksa (17 no) carried the visitors to a respectable if ultimately uncompetitive score.

Aaron Finch recovered from his first-ball exit in the second match to do the early heavy lifting with the bat for Australia, making 37 off 25 before Lahiru Kumara intervened.

The Warner-Steve Smith partnership that sped the Aussies to victory last time out was less effective on this occasion - the latter going for 13 - but the in-form opener kept to his task.

Warner found another effective partner in Ashton Turner (22 off 15), although the former might have departed when the ball dropped onto his stumps and the bails stayed on.

That let-off allowed the T20 specialist to reach his half-century and then fittingly clinch victory with a four.